The South Asian Speakers' Summit, while adopting the Male Declaration, overlooked all assertions made by the Pakistani parliamentary delegation 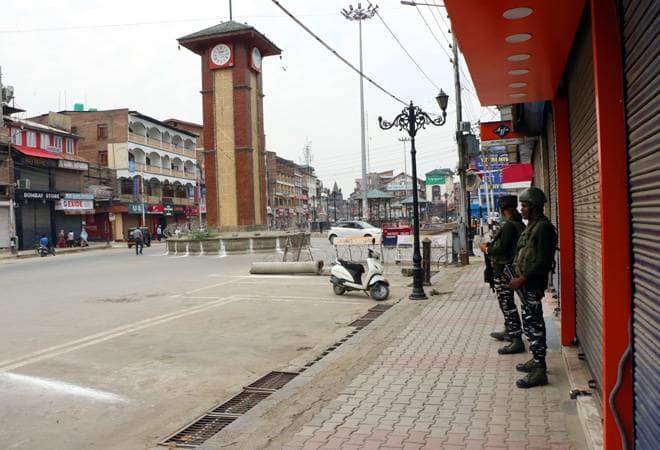 Besides Kashmir, Pakistan sides references to the (CPEC) also could not find a place in Male Declaration.

In a snub to Pakistan, the Male Declaration adopted by the leaders at the South Asian Speakers' Summit in the Maldives on Monday "unanimously" felt that Kashmir was an "internal matter" of India and overlooked all assertions made by Islamabad on the issue.

The declaration was adopted a day after India thwarted an attempt by Pakistan to raise the Kashmir issue during the Summit here. The two countries had a heated exchange during the summit at the Maldivian Parliament where the representatives of the South Asian countries had gathered.

The South Asian Speakers' Summit, while adopting the Male Declaration, overlooked all assertions made by the Pakistani parliamentary delegation, sources in the Lok Sabha Secretariat told PTI.

Before finalising the declaration, Speakers attending the Summit held a round table on Monday on the concluding day of the Summit to discuss the outcome.

"All efforts of the Pakistan delegation to get even a passing reference to Kashmir issue finding a mention in the declaration drew a nought. The summit unanimously felt that Jammu and Kashmir was an internal matter of India," a source said.

Besides Kashmir, Pakistan sides references to the China-Pakistan Economic Corridor (CPEC) also could not find a place in Male Declaration, sources said.

On the other hand, Lok Sabha Speaker Om Birla, who is heading the Indian delegation, proposed several additions and amendments to the draft which were unanimously accepted, they said.

Thereafter, India immediately raised a point of order after which the presiding officer asked Suri to let the Indian representative, Rajya Sabha Deputy Chairman Harivansh, to speak, but he did not pay any heed, leading to commotion.

In a strong response, Harivansh hit out at Pakistan for raising India's internal issue and politicisation of the forum.

On the sidelines of the Summit, Birla held bilateral talks with his Bhutanese counterpart Wangchuk Namgyel.

The Indian delegation also held detailed deliberations with the Parliamentary delegations from Bangladesh, Afghanistan and Sri Lanka on matters of bilateral interest.

Also read: Will Kashmir conflict between India and Pakistan ever be solved?

Aircel-Maxis cases: Court to pronounce order on anticipatory bail of P Chidambaram and son on Sept 5

Saudi Aramco gets new chairman as IPO planning heats up