Will Kashmir conflict between India and Pakistan ever be solved?

After 73 years, the issue of Kashmir is well settled in the hearts and minds of Kashmiris. Now it is time for others to accept this reality and move on with life. Hope good sense prevails. 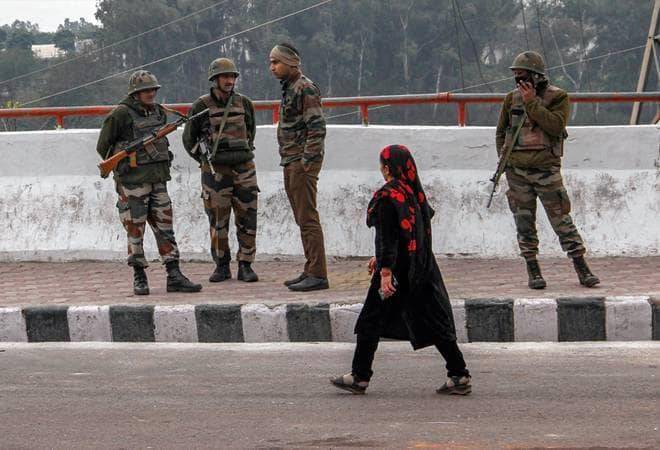 Does this enmity and confrontation over Kashmir has any logical and positive outcome in the foreseeable future? Will India ever let go of Kashmir and will PoK ever be part of India?

UNSC just concluded an inconclusive "Closed Door" meeting on Kashmir, the first after 1965, the year I was born. That's 54 years, which says it all, about the futility of India and Pakistan bickering over an issue which is well settled in the hearts and minds of the people, the Kashmiris, whose cause was supposedly being represented in this UNSC meeting.

From tribal incursions in 1947 to the wars of 1965 & 1999 and the festering scourge of terrorism, we have lost the precious lives of our soldiers and citizens on both sides without much to show for it.

LoC hasn't moved an inch nor is there any hope of a peaceful settlement of the dispute.

Family partition is never easy and generational enmity is common among the proud citizenry of South Asian sub-continent.

But nothing positive or productive ever comes of it, except the loss of life and livelihood on both sides. The same is true for our two nations which were tragically separated by nefarious designs of colonial powers who wanted to prove that we neither can live in harmony as citizens of one nation and nor can we exist as peaceful neighbours.

And how we have proven them right by keeping this festering wound raw and allowing them to still meddle in our affairs, this time sitting in the UNSC. They are laughing at our expense.

Look at the irony of the situation, neither of our two Prime Ministers were born at the time of partition but are left to deal with the mess of the partition which has no right solution. It never had and never will.

But this distracts them both from doing what is right for their people - providing food, shelter, health and education - so that they could also aspire to live a life of dignity and experience the joy of living.

India is an economic powerhouse and is all set to become a middle-income economy over the next decade. This provides an amazing opportunity to its immediate neighbours, including Pakistan, to prosper from India's economic growth by selling to huge consumer base just across the border. But unfortunately, instead of negotiating Free Trade Agreements we are trading bullets and shelling mortars.

Pakistan, with the help of its all-weather ally China, which needs access and security from Pakistan to have a land route to trade with the world has a historic opportunity to invest and improve its basic infrastructure and provide jobs to its youth to spur economic growth.

But unfortunately, it is beholden to its military establishment whose survival and significance depends on the continued tension and enmity with India.

The moot question is - Is this all worth it? Does this enmity and confrontation over Kashmir has any logical and positive outcome in the foreseeable future? Will India ever let go of Kashmir and will PoK ever be part of India?

Yes, in our imagination it is all desirable and possible but it hasn't happened in 73 years. And I don't expect it to happen in foreseeable future unless India and Pakistan, by some miracle, decide to become one nation, again.

How about Kashmiris, who are the people whose fight we are supposedly fighting. A Shikara owner on Dal Lake is deprived of his livelihood due to terrorism and bandhs. Azadi slogans of hired stone pelters, the unemployed youth, keep the shop of separatists running but the fire in the homes of common Kashmiris goes cold with these disturbances.

A common Kashmiri, like the rest of us, simply wants to get on with his life - earn his living, educate his children and live a peaceful family life.

After 73 years, the issue of Kashmir is well settled in the hearts and minds of Kashmiris. Now it is time for others to accept this reality and move on with life. Hope good sense prevails.