Union Minister of State for Defence Shripad Naik on March 4 had informed the Lok Sabha that data from 79 companies operating in defence and aerospace sector showed FDI inflows were over Rs 1,834 crore under both government and automatic route, till December, 2019 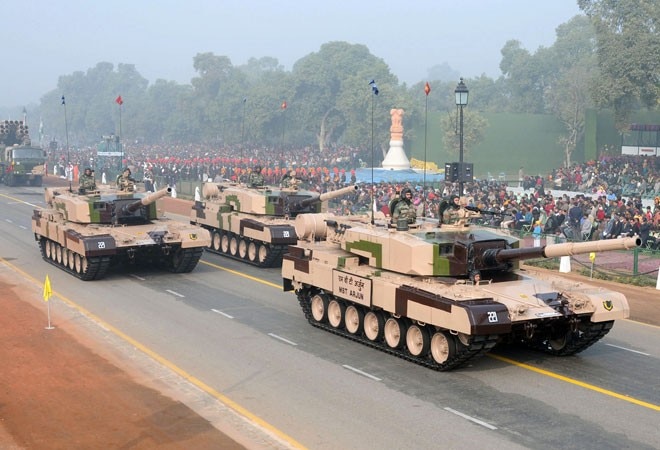 The decision to open up India's aerospace industry and increase Foreign Direct Investment (FDI) limit through automatic route from 49 per cent to 74 per cent in defence sector will not only help leading manufacturers like L&T, Tata Power, Adani Defence & Aerospace, Bharat Forge, Godrej and Mahindra, but also will help growth and creation of a large hi-tech industrial ecosystem and supply chain for these two crucial sectors.

Union Minister of State for Defence Shripad Naik on March 4 had informed the Lok Sabha that data from 79 companies operating in defence and aerospace sector showed FDI inflows were over Rs 1,834 crore under both government and automatic route, till December, 2019.

"Raising the FDI limit in defence manufacturing, ban on the import of certain defence equipment and a separate budget for defence procurement will boost Indian companies in providing indigenously designed and manufactured solutions and bring in new investments," said Dr Vishwakumara Kayargadde, Co-Founder and COO, Saankhya Labs, a defence and satellite communications specialist.

He said the move will help high-tech companies such as Saankhya Labs an opportunity to develop next-gen indigenously designed, developed and manufactured (IDDM) communications solutions for the armed forces. Additionally, the move to promote indigenisation of imported spares will help to see new technology-driven start-ups emerge in the defence sector.

India had opened up the defence sector in May 2001, allowing up to 100 per cent for Indian private sector participation, with Foreign Direct Investment (FDI) up to 26 per cent subject to licensing. Further, in 2016, the Department for Promotion of Industry and Internal Trade had allowed FDI in defence under automatic route upto 49 per cent and above 49 per cent through government route, wherever it was likely to result in access to modern technology.

Awais Ahmed, Founder and CEO, Pixxel, an Indian space startup based in Bengaluru, said opening up of space sector for private industry is a first step and in the right direction and now needs to be seen how the government goes about in implementing its will to create a level playing field. "The announcement on future projects for planetary exploration is very important towards building India's very own Maxars, SpaceXs and Rocket Labs," he said.

Utilising ISRO's world class infrastructure (testing and manufacturing facilities) for private sector will save unnecessary costs and making the industry more competitive. More domestic space firms will emerge to manufacture a lot of space grade material manufacturing processes that are not in the country right now, such as multilayer thermal insulations, solar panels and batteries that were majorly procured from abroad, he said.

Sources said though the defence sector was opened up years ago, major foreign investors were reluctant to invest in Indian firms as exports of defence equipment was highly regulated and interested foreign companies were demanding assured business from the sole Indian procurer, the Indian Government. Companies like L&T and HAL had tried partnerships with global majors in the field like the European Aeronautic Defence and Space Company (EADS) and Boeing a decade ago to tap defence opportunities in India, but those had not blossomed to major partnerships. Similarly, corporates like Ajay Piramal-led Piramal Enterprises was planning a foray into the sector with an experienced partner, but had backtracked due to unfavourable policy and business enviornment.

The Government had notified a policy for indigenisation of components and spares used in defence platforms in March, last year to create an indigeneous industry ecosystem. Plans are to establish two defence industrial corridors spanning Chennai, Hosur, Coimbatore, Salem and Tiruchirappalli in Tamil Nadu and spanning across Aligarh, Agra, Jhansi, Kanpur, Chitrakoot and Lucknow in Uttar Pradesh. A defence Investor Cell has also been created to provide information on investment opportunities, procedures and regulatory requirements.