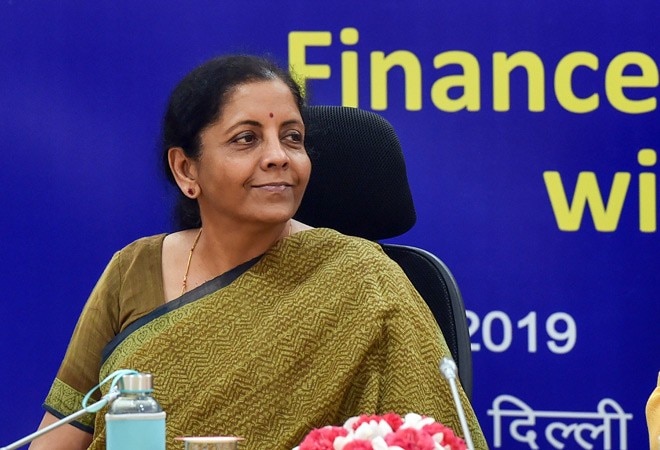 Centre announced the launch of 'One Nation, One Ration Card' which allows migrant workers to use their PDS ration card at any fair price shop in any state. Non-card holders, will get five kg per person of wheat or rice and one kg of channa per family to overcome the problem of hunger as construction and factories shut down.

K R Shyam Sundar, Professor, HRM Area at Xavier School of Management, Jamshedpur, says that this was the biggest take-away and the only credible relief measure amongst the host of announcements made today. The FM has announced that this document-free free ration will benefit approximately 8 crore people.

To give employment to them, states and union territories have been directed to give work to labourers under Mahatma Gandhi National Employment Guarantee Act (MNREGA). Almost 14.6 crore man-days up to May 13 have been generated and 40-50 per cent more persons have been enrolled.

Sundar asks, why could not the government think of instant direct benefit transfer to stranded migrants and the 5 million street vendors.

The government will also soon announce a scheme for affordable rental housing for migrant workers and urban poor. This will be done by converting government funded housing in cities into Affordable Rental Housing Complexes (ARHCs) under PPP mode through concessionaire.

Social security measures will be extended to gig workers. Minimum wages will be applicable for all kinds of workers.

"One of the biggest problem is that informal sector in India is a large unorganised sector. The question to be asked is who will account for it and track it. No one has been able to track that sector so far," said Rituparna Chakraborty, executive vice president and co-founder of staffing firm TeamLease.

"A lot of announcements today are on the lines of monetary policy but what I am not seeing is any direct incentive or policy to vitalise the industry," she said. Chakraborty added that the best way to help migrant workers would depend on how soon industry can get back on its feet and start generating employment.

One of the biggest concern for Partha Chatterjee, Dean - International Partnerships, Professor and Head of the Economics Department, Shiv Nadar University is that several of these reforms will take long time to fructify. "Take the example of ARHC, it is much needed to ensure better living conditions, and some dignity, to workers. However, it is not going to happen soon. Also, details about the PPP modalities were not elaborated today and need to be looked at. The same with the nationwide ration card; again it will take time to enable the technology and roll it out nationwide." He adds that measures like providing rations to even those who do not have ration cards will help in providing immediate relief.

He suggests the need to have a mechanism in place where these workers can be registered. "The minister mentioned that 40-50 per cent more people have enrolled in MNREGA this May compared to last year. This gives us an indication that the magnitude of unemployment in the country is staggering. Give the current crisis, something like MNREGA could have been rolled out in urban areas also," says Chatterjee.

For long term benefits, there is also a need for an overhaul reform. "The need of the hour is to reform the archaic labour laws and provide a framework which takes care of the welfare of employees and at the same time also caters to an unforeseen situation such as the present one, especially for the gig economy," Pooja Ramchandani, Partner, Shardul Amarchand Mangaldas.

"There are too many announcements; I don't know what will actually help. I am left with more questions than answers," says Chakraborty.

ALSO READ:Sops for migrant labourers and farmers are fine, but are they enough?