How effective is Tranche II of FM Sitharaman's economic package? 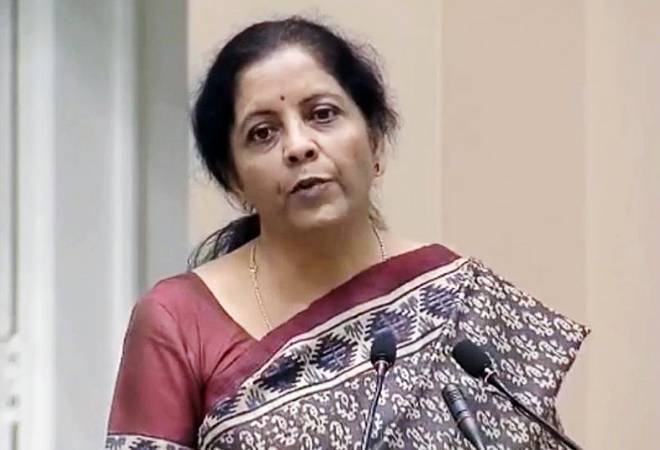 Rs 86,600 crore agriculture loan has been availed by farmers in March and April

Nirmala Sitharaman said that the government has sanctioned 63 lakh loans amounting Rs 86,000 crore for farmers between March 1 and April 30, 2020. Even as the loaned amount appears significant, especially in during the intense lockdown, the government is running behind the target for FY21 as of now. Budget 2020 has allocated Rs 15 lakh crore in FY21 towards farm loans, up from 13.5 lakh crore for the previous  fiscal. It implies a monthly run rate of 1.25 lakh crore towards agri loans. At that rate, between March and April, farmers should have been given loans loans worth Rs 2.5 lakh crore. Instead, the total approvals are worth just Rs 86,600 crore, nearly one-third of the target in the two months - clearly a cause of concern.

Aiming to benefit 3 crore farmers, mostly small and marginal farmers, the government unveiled Rs 30,000 crore additional emergency working capital funding through the National Bank for Agriculture and Rural Development (NABARD).  It is over and above Rs 90,000 crore to be approved by NABARD through normal finance methods to meet post harvest Rabi and current Kharif requirement of farmers in May and June. However, at a time when farmers are already availing fewer than planned loans, how effective can this be?

"We are proposing a national floor-wise wage rate so that uniform wage rate prevails across states," Nirmala Sitharaman said today. She also hinted at the government mulling reducing 44 labour laws into four codes. She also talked about  compulsory ESIC coverage via notification by the Central government for employees working in hazardous industries."Re-skilling fund introduced for retrenched employees. So, that the people who lost jobs get employed," finance minister said.

However, most initiatives are part of the ongoing effort to reduce 40-odd labour laws into four. These are yet to be approved by Parliament. "We hope to pass it after it is passed by all the standing committees," Sitharaman said when asked about the same in the presser.

State governments have been permitted to utilise State Disaster Response Fund (SDRF) to build shelter for migrants and provide them food, water, among other necessities, Sitharaman said. The central government has released Rs 11,000 crore of its contribution in advance to all states on April 3 in order to boost funds in their SDRF, she added. However, the amount will come from the State Disaster Response Fund (SDRF) which already exists. Probably, there is no additional expense and it's a re-allocation instead.

The government announced extension of deadline for the affordable housing Credit Linked Subsidy Scheme (CLSS) by another year until March 2021. The scheme had expired on March 31, 2020. The government expects to pump in Rs 70,000 crore towards the scheme to benefit 2.5 lakh middle income families in FY21. It expects increase in demand for affordable housing will help real estate sector and generate jobs. However, the announcement may not be able to provide any immediate relief. Especially since construction has come to a half and may take a while to restart in full measure. Moreover, under the circumstances the potential customers will be in the funds conservation mode rather than in spending mode. Especially, for a large ticket requirement like a house. The maximum benefit a consumer gets is 3-4 per cent interest subvention. With interest rates already falling, the government's outgo may actually be lower than anticipated.

2 per cent interest subvention on Shishu loans up to Rs 50,000

Sitharaman announced Rs 1,500 crore interest subvention for MUDRA-Shishu loan payees. The subvention will be applicable to MUDRA's Shishu  loans of upto Rs 50,000 under the Pradhan Mantri Mudra Yojana (PMMY). However, interest subvention has only been extended for another 12 months. This category also has the highest non-performing assets (NPAs) that will have to be borne by the Centre. In a written reply to a question on the PMMY in the Rajya Sabha in December 2019, Minister of State for Finance Anurag Thakur had said: "Scheduled Commercial Banks (SCBs) and Regional Rural Banks (RRBs) have reported that as of March 2019, against a total amount of Rs 6.04 lakh crore disbursed by them under PMMY since inception of the scheme, an amount of Rs 17,251.52 crore had turned into Non-Performing Assets (NPAs), which is 2.86 per cent of the total disbursed amount."

REALITY: HARD TO LOAN FROM BANKS

The Finance Minister said that the government will provide Rs 5,000 crore special credit facility for street vendors as part of the economic package to counter the coronavirus crisis. However, with the scare of the virus, street vendors will be among the most impacted as consumers may shun eating out, especially on street-side for a long time. Whether they can avail the loans through the bureaucratic banking system is itself a big question mark.

KCC holders get loans up to Rs 3 lakh at 4 per cent interest. The government intends to add 2.5 crore new farmers including from fishery and animal husbandry to the scheme. Rs 2 lakh crore is overall budgetary allocation for the scheme in FY21. Though the FM didn't announce it, the allocation is most likely already a part of Rs 15 lakh crore allocation to agriculture loans for FY21.

Sops for migrant labourers and farmers are fine, but are they enough?