The Tanshiq store's manager was forced to write an apology note in the wake of ongoing controversy over the jewellery brand's latest advertisement that created social media hype. 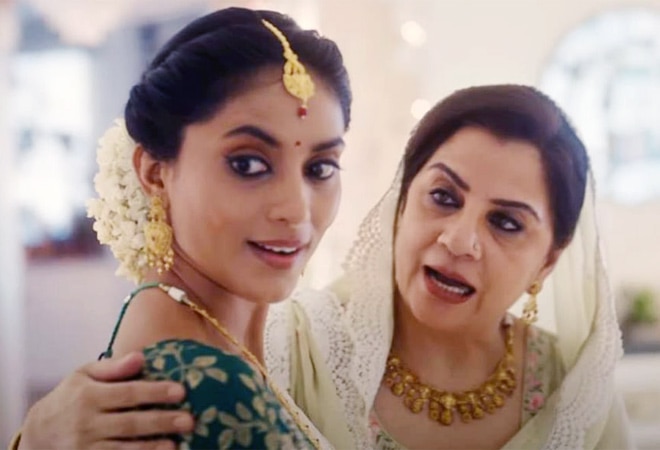 A Tanishq store was attacked in Gujarat's Gandhidham on Wednesdey, October 14

Gujarat Police has dismissed reports of a mob attack on a store of jewellery brand Tanishq in Kutch district. Rubbishing claims of assault, police have added that they have been patrolling the area regularly and no incident of any ransacking, rioting, protest, or attack took place at the store.

"No such attack has taken place," said Mayur Patil, Superintendent of Police, Kutch-East, as quoted by PTI.

Reports had surfaced earlier on Wednesday, October 14 that angry with an inter-faith advertisement released by Tanishq, some people targeted and attacked the brand's jewellery showroom in Gandhidham.

Unconfirmed reports began making the rounds following a viral image of an apology note put up by a Tanishq store. "We apologise to Hindu community of Kutch on the shameful advertisement of Tanishq," the apology note purportedly read as claimed to have been written by the store manager, who was reportedly forced to pen it.

Meanwhile, the note was put on the store's door on October 12, when it was said to have been attacked, and has since been removed, the news agency further quoted police officials as saying.

The advertisement on an interfaith ceremony, which caused a furore on social media, has since been withdrawn by Tanishq from YouTube and other (social media) platforms following its vicious trolling.

While many people termed the ad "love jihad," others slammed the "haters" for hurting Hindu-Muslim unity in the country.

The ad shows a pregnant woman in a sari being escorted by an older woman wearing a suit and her head covered with a duppatta, while the other house members are preparing for a baby shower. The pregnant woman calls the other woman "Ma". "But this ceremony is not held at you're home...," she adds. To this, the older woman replies, saying, "Isn't it a tradition for every home to keep daughters happy?"
While the video ad has received criticism for advocating "love jihad," many people appreciated the company for launching a "beautiful" ad and urged more companies to come up with ads that promote the message of unity.
Meanwhile, issuing a statement Tanishq said, "The idea behind the Ekavatam campaign is to celebrate the coming together of people from different walks of life, local communities and families during these challenging times and celebrate the beauty of oneness. This film has stimulated divergent and severe reactions, contrary to its very objective." The statement further added, "We are deeply saddened with the inadvertent stirring of emotions and withdraw this film keeping in mind the hurt sentiments and well-being of our employees, partners and store staff."