Tax rates under GST: The gains and losses for the Indian middle class 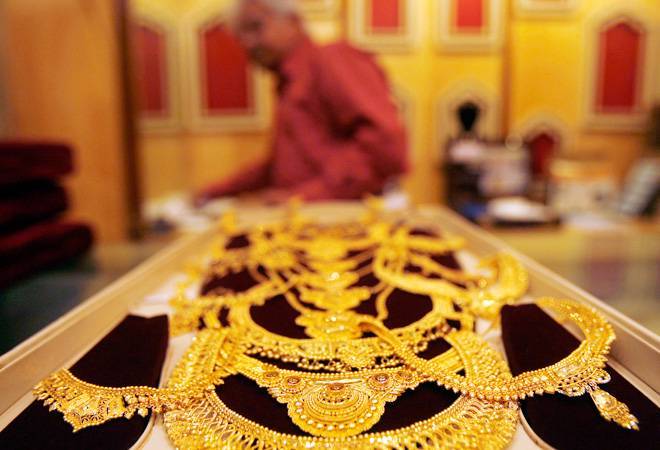 It's only less than a few hours left until Goods and Service Tax (GST) sees the light of the day. It's time to check if your monthly budget will be affected under the new tax regime. We've put down a list of goods and services that will become cheaper or costlier once GST comes into force.

Gold: GST Council has fixed the tax rate of the precious metal at 3 per cent. GST Council on June 3 created a new tax bracket for gold, diamonds and silver. The current excise duty on gold was 1 per cent and 1 per cent VAT in many states. With 3 per cent GST, Gold is set to become costlier July onward.

Insurance: Premiums are set to rise on car, health and and term insurance with the government. Currently, insurance is taxed at 15 per cent. Under GST, this would go up to 18 per cent.

Banking Charges: Transaction fee on various banking and financial services are expected to go up as GST will tax these services under 18 per cent tax rate from the current 15 per cent.

Eating Out: There are different tax slabs for restaurants depending on their turnover and whether they have air-conditioning or or not.

Restaurants with a turnover of less than Rs 50 lakh will be levied a tax rate of 5 per cent.
Non-AC restaurants will be charged 12 per cent GST on food bill. Tax rate for AC restaurants and those with liquor licence will be 18 per cent, whereas restaurants in 5-star hotels will attract a GST rate of 28 per cent.

Eating out will get costlier in cities like Mumbai where the existing tax rate is around 10.6 per cent - which includes both VAT and Service tax. Post GST, the customers will be taxed at 18 per cent in AC restaurants.

For a non-AC restaurant in Mumbai, the current tax rate is at 6 per cent. From July 1, small joints will be taxed at 12 per cent.

Telecom Bills: Your mobile and internet bills are expected to rise once GST comes into force. Currently, there is a 15 per cent service tax on telecoms services. Under GST, the tax rate applicable will be 18 per cent. The industry, which is already stressed with the launch of Reliance Jio, is expected to pass on these charges to customers.

Movie Tickets: During a GST Council meet in Srinagar, Finance Minister Arun Jaitley had said movie tickets in cinema halls will be taxed at 28 per cent.

Even though the tax rate under the GST will be lower than entertainment taxes levied in some states, movie ticket prices in big multiplexes may remain same as the government plans to increase tax on junk food and aerated drinks.

Medicines: While there may not be a huge impact of GST on medicines, but a tax rate of 5 per cent on life-saving drugs that treat diseases like malaria, HIV-AIDS, tuberculosis, and diabetes is expected to marginally increase prices of these drugs.

Until now, these drugs were exempted from excise and customs duties. However, a few states were charging 5 per cent tax on these drugs which will now be subsumed under GST. Under GST, there will be a 12 per cent on formulations and 18 per cent on APIs (active pharmaceutical ingredients) - the bulk drugs that go into the making of final pills and tablets.

Cab rides: Cab fares could get marginally cheaper for customers from July 1 as the incidence of tax will come down to five per cent for bookings made on cab aggregators like Ola and Uber. Currently, a tax of six per cent is levied on rides booked through cab aggregators.

Tobacco products: Filter and non-filter cigarettes not exceeding 65 mm will attract cess of 5 per cent plus Rs 1,591 per 1000 sticks. For cigars, a hefty levy of 21 per cent or Rs 4,170 per 1000 sticks, whichever is higher, would be levied. Branded gutkha will be slapped with a cess of 72 per cent, while smoking mixtures for pipes and cigarettes will attract a levy 290 per cent.

Bikes: Motorcycles of more than 350 cc engine capacity will attract a total of 31 per cent tax under the GST regime, same as the tax incidence on private aircraft and luxury yachts.

Cars: All cars fall in the 'luxury bracket' of GST. That means they will attract 28 per cent tax. However, depending on their size, extra cess will be levied.

For mid-size, luxury cars and SUVs the effective tax rate will be 43 per cent. The prices of SUVs are expected to come down as they are currently taxed at 48-55 per cent.

The government said it would tax hybrid vehicles at a rate as high as 43 percent. This would be significantly higher than the prevailing tax of about 29 percent on such cars.

Air Travel: Economy class air travel will become cheaper with tax rate fixed at 5 per cent against the existing 6 per cent, under the upcoming goods and services tax (GST) regime from 1 July. However, for those travelling business class, tickets will become dearer as the tax will go up from 9 per cent to 12 per cent.

No Tax Items: Daily items like milk, paneer and curd won't be taxed under the GST. The GST Council decided not to tax metro travel, religious travel and Haj yatra under the new tax structure. There won't be any tax on healthcare and education under the new taxation system. Basic food items like cereals, eggs and meat will attract no tax after the GST is effective.

Prices of food grains, especially wheat and rice, will come down as they will be exempt from the GST. However, packaged food items will be taxed at 5 per cent.

Daily use items: Household items like sugar, tea, coffee (barring instant coffee) and edible oil will attract the lowest tax rate of 5 per cent, almost the same as under the current tax structure.

Common use products like hair oil, soaps and toothpaste will be charged with a single national sales tax or GST of 18 per cent instead of present 22-24 per cent tax.

Meat: Animal slaughtering and services provided by veterinary clinics will be exempt from GST.

Entertainment: Visits to theme parks and sporting events like IPL will attract a levy of 28 per cent under the new indirect tax regime kicking in from July 1.

Maintenance Charges: Flat owners who pay Rs 5,000 or more every month as maintenance charges, excluding property tax, stamp duty and utilities charges, will have to pay GST on the increased tax rates. As of now, tax levied is levied at 15.55 per cent on maintenance charges, which will be replaced with 18 per cent after GST is implemented.

Smartphones: A smartphone currently attracts two per cent central excise duty, besides the value-added tax (VAT), which vary from state to state (five per cent to 15 per cent). Under GST, smartphones will be taxed at flat 12 per cent.

Cement: Prices of packaged cement is expected to come down marginally as it would be taxed at 28 per cent under the GST as against 31 per cent currently on account of different indirect taxes.

Ayurveda: Ayurvedic products are set to get costlier as the government has kept these products in the 12 per cent bracket. Ayurveda products currently attract a 8-9 per cent levy.