Taxing the untaxed VII: Who supports tax havens and how do they flourish?

Tax havens have powerful backers; they include big nations including the UK and the US, reputed international bankers, accountants, law firms and many others which makes it difficult to discipline them 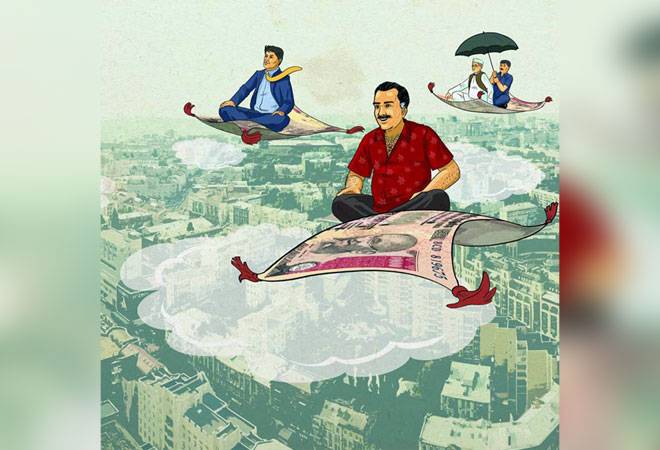 Tax havens have powerful backers, which have been identified and mentioned in several studies and books on the subject

That tiny tax havens like Cayman Islands, Panama, Bermuda, Mauritius, etc. could resist the push of the OECD-G20's anti-tax avoidance initiative BEPS for years should come as a big shock. But a little probing would explain why it is so.

They have powerful backers, which have been identified and mentioned in several studies and books on the subject, especially after the 2007-08 financial crisis. These include big and respectable banks, Big 4 international accountancy firms, a bevy of international law firms, administrators and big and powerful countries.

Who supports tax havens? How do they flourish?

One of the early commentators on the subject, Prof Ronen Palan of University of Birmingham and his co-authors of Tax Havens: How Globalization Really Works wrote that the complicated rules that create and regulate tax havens did not emerge spontaneously. Rather they were "devised by the very professionals who are advising their clients to take advantage of them".

Here are some of those enablers and backers

Big banks have also played a big role in tax avoidance by the rich and powerful.

In December 2019, the US's Department of Justice was quoted across the international media saying that the British multinational bank HSBC's Swiss private banking unit had agreed to pay $192 million in penalties after admitting to its role in helping Americans evade tax by using undeclared Swiss bank accounts.

A report of the International Consortium of Investigative Journalists (ICIJ), which investigated the Panama Papers and many others said the investigation by the Department of Justice revealed that HSBC bankers had "actively solicited clients to hide their assets through a system of codenames, numbered accounts and offshore networks in tax havens, including the British Virgin Islands, Liechtenstein and Panama".

This was not the first instance for the HSBC. In 2012, the HSBC Holdings Plc had agreed to pay $1.92 billion in fines to the US tax authorities in connection with laundering of drug money of Mexico.

Two Swiss banks, UBS in 2009 and Credit Suisse in 2014, had agreed to pay penalties of $780 million and $2.6 billion, respectively, to the US tax authorities for helping Americans hide their assets. Palan et al had revealed that these two Swiss banks (UBS and Credit Suisse) had "set up large training facilities in Singapore for private banking operations, presumably anticipating the shift of such activities (tax avoidance) from Europe to Asia". This was a time, in and around 2008, when the European Union (EU) was closing tax loopholes to prevent tax evasion.

The big banks' connections with tax havens further unravelled during the financial crisis of 2007-08. Palan et al disclosed that Bear Stearns, a leading US investment bank which collapsed in March 2008, hemorrhaged money through many of its hedge funds registered in the Cayman Islands and Dublin's International Financial Centre, both well-known offshore (another term used for tax havens) financial centres.

Lehman Brothers, another big US investment bank whose collapse triggered a global financial panic for months in 2008, was registered in Delaware, an "internal tax haven in the US since the late nineteenth century".

Palan et al were the first ones to point out that the Big 4 international accounting firms - KPMG, Ernst & Young, PricewaterhouseCoopers (PwC) and Deloitte - are "the very heart" of the gigantic offshore/tax haven world "without which, all this would be impossible". There was actually a Big 5 of accounting firms, Arthur Andersen being the other one which went belly up after the Enron accounting scam in the early 2000s.

The Big 4 act as both consultant on tax avoidance and auditor of accounts of the world's largest companies, a clear case of conflict of interests, and each operate in about 140 countries, including India. Palan et al give examples to say they earn substantial cuts of the tax they save for their clients (9% to 30%).

They are the voice of business too. A paper by the Tax Justice Network (TJN), which has done pioneering work in shedding light on tax havens, says: "In the tax world, it is not uncommon for a big four accountancy firm to be advising the government on tax legislation and then advising their clients on how to avoid it."

A 2018 cross-country, firm-level study, Tax Haven Networks and the Role of the Big 4 Accountancy Firms, led by Chris Jones of the Aston University (UK), found "clear evidence of a strong correlation between tax haven use and the use of Big 4". They have a strong footprint in India too. The PwC was banned from auditing for two years in 2018 by the market regulator Securities and Exchange Board of India (SEBI) in connection with the Satyam Computers accounting scandal which had broken out nearly a decade earlier. The ban was later lifted by the Securities Appellate Tribunal (SAT) on a technical ground, that only the national auditor watchdog, Institute of Chartered Accountants of India (ICAI) had such a power. Not just in India but world over professional bodies like ICAI are known to have failed to bring discipline to the profession.

Again in 2018, the central government had sought a five-year ban on the Deloitte Haskins & Sells LLP and a KPMG affiliate for allegedly aiding and abetting a financial fraud at a unit of the debt-ridden Infrastructure Leasing & Financial Services (IL&FS). Last heard, the National Company Law Tribunal (NCLT) had rejected their appeal against it.

The Panama Papers exposed how the law firm Mossack Fonseca, headquartered in tax haven Panama, was "one of the world's top creators of shell companies, corporate structures that can be used to hide ownership of assets", according to the ICIJ which carried out a global investigation.

These documents revealed a far murkier side of tax havens. The ICJI said the Panama Papers revealed information on more than 214,000 offshore companies in 21 tax havens, connected to people in more than 200 countries and territories. Among them were 140 politicians from more than 50 countries, some of them heads of state (of powerful countries like the UK and Russia), their associates, ministers, elected officials.

The TJN says that a large industry of administrators, accountants, bankers, lawyers, and lobbyists has developed to serve the tax haven economy.

But wait to be shocked even more.

Tax havens: UK, US, and other powerful countries have their back

According to Palan et al, "Some of the most successful "pure" tax havens are dependent jurisdictions; they rely on larger states for their security, diplomatic relations, and maintenance of the currency and broader macro-economic environment, as well as the collection of VAT receipts".

It then goes on to name some of the tax havens and larger states behind them.

Jersey, Guernsey, and the Isle of Man, plus Gibraltar in Europe and the Caymans, Bermuda and the British Virgin Islands (BVI) in the Caribbean are the highly successful British Crown Dependencies.

Crown Dependencies are not part of the UK but are self-governing possessions of the British Crown, the Queen's personal representatives are the Lieutenant Governors, the UK government is responsible for certain areas of policy such as defence and foreign affairs, which the Privy Council does. Thus, the British courts and British judges are the final authority on any tax dispute that arises in these jurisdictions.

(Shaxson describes this London-centric tax havens' network as a 'spider's web' which Palan et al described as "a second British empire which is at the very core of global financial markets today".

Similarly, Monaco and Andorra were identified as relying on the French state for most of their essential services and Liechtenstein on Switzerland.

Palan et al then concluded: "In sum, the reality of this interdependent world is that when one comes across low or zero-tax jurisdiction, someone else is paying additional tax elsewhere, thereby permitting that jurisdiction to offer low-tax services."

The US has its own tax haven-Delaware.

Delaware was in the news last month when Africa's richest woman Isabel dos Santos was accused of embezzlement and money laundering by prosecutors in Angola. Among others, she was accused of concealing a $1.8 million luxury apartment in the Portuguese capital Lisbon. She and her husband owned the apartment through a company registered in Delaware.

Isabel is the eldest daughter of ex-President of Angola Jose Eduardo dos Santos (1979 to 2017).

As was mentioned earlier, in the Tax Justice Network's Financial Secrecy Index of 2020 (FSI2020), the US was second after the Cayman Islands in secretive jurisdictions.

All the tax havens mentioned by Palan et al find a proud of place in the FSI2020 too, indicating that nothing much really has changed on the ground.