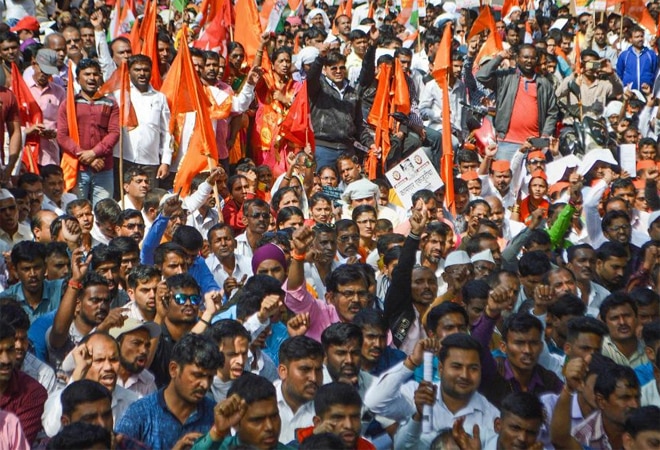 The government recently introduced three labour codes-on social security, industrial relations, and Occupational Safety, Health and Working Conditions, which were passed by the Lok Sabha. They are now tabled in the Rajya Sabha. The fourth Wage Code bill was earlier cleared by the Parliament.

But these Codes have not gone done well with the trade unions. To protest against these changes, The Central Trade Union Organisations have decided a nationwide protest today. They have programmes conducted all over India to protest codification of labour laws and other changes.

Ten central Trade Unions says they are protesting "against disinvestment and privatisation of public sector enterprises including 100 per cent FDI in some of the core sectors of our economy." It adds, "These policies of the central government are against the interests of the working people of the country."

They trade unions are demanding lockdown wages for workers, no retrenchments of the workers and no wage cuts during the lockdown period, Universal Public Ration Distribution to all needy citizens, cash transfer of Rs 7500/- pm to all unorganised sector workers and self employed workers for at least 6 months for their sustenance.