The ministry said that INSACOG found out that there are 771 variants of concern (VOCs) in the 10,787 positive samples it had checked. Out of that 736 samples were positive for the UK variant 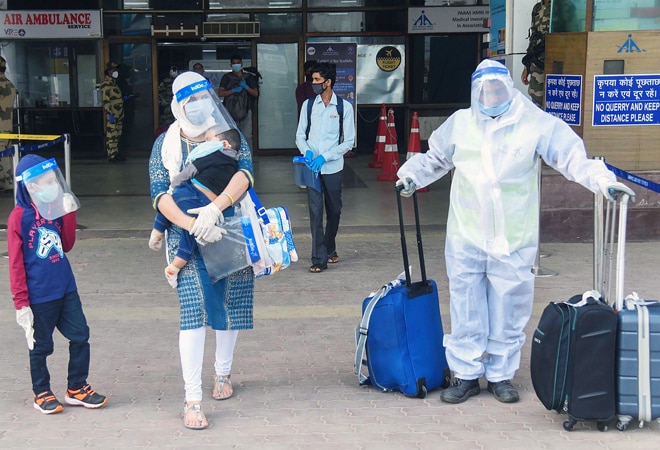 The Ministry of Health and Family Welfare has said that all the three new coronavirus variants -- UK, Brazilian and South African -- that have wreaked havoc in several countries have been detected in India. The ministry said that the Indian SARS-CoV-2 Consortium on Genomics (INSACOG) is a grouping of 10 National Laboratories that was formed by the MoHFW has detected these variants in the genomic sequencing and analysis of circulating COVID-19 virus that it has been carrying out.

Genome sequencing and analysis is being done on samples of international travellers, contacts of those positive for VOC and community samples from most of the states at INSACOG partner laboratories.

The INSACOG also found a "double-mutant" variant in the country. "Though VOCs and a new double mutant variant have been found in India, these have not been detected in numbers sufficient to either establish or direct relationship or explain the rapid increase in cases in some States. Genomic sequencing and epidemiological studies are continuing to further analyse the situation," stated the ministry.

"The analysis of samples from Maharashtra has revealed that compared to December 2020, there has been an increase in the fraction of samples with the E484Q and L452R mutations.  Such mutations confer immune escape and increased infectivity. These mutations have been found in about 15-20 per cent of samples and do not match any previously catalogued VOCs," stated the ministry.