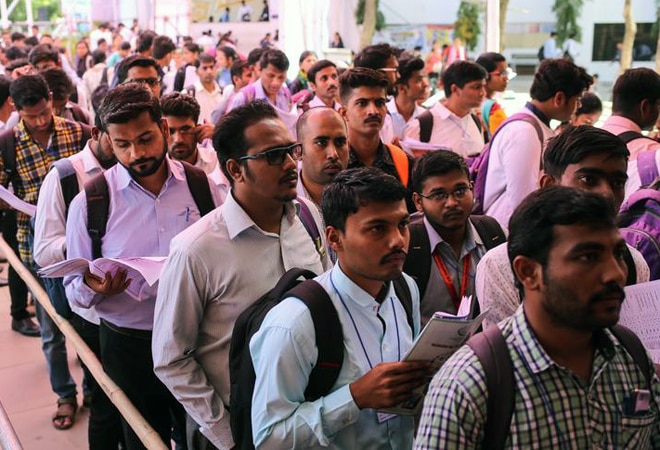 Salaried employees saw a loss of 3.4 million jobs in April

"The labour force shrank by 1.1 million in April 2021 to 424.6 million compared to 425.8 million in March. In spite of this smaller labour force looking for employment, a greater proportion failed to find employment," CMIE chief Mahesh Vyas, in an article 'Job losses mount in April', said.

As per the CMIE, the lockdowns could have denied people from seeking employment and caused a fall in labour participation. It said the economy was not in a position to provide jobs to a large number of people. "But, the economy also could not provide adequate jobs to those who sought jobs. So, the strain in the labour markets was not entirely because of the partial lockdowns. It was largely because the economy simply could not provide employment to large numbers who sought work," added Vyas.

While the labour force shrank by 1.1 million in April, the count of the employed fell by a much larger 7.35 million, says the CMIE estimate. This fell from 398 million in March to 390.79 million in April.

The CMIE data shows the count of the unemployed, who were willing to work and were actively looking for work but unable to find any, expanded by 6.2 million from 27.7 million in March to 33.9 million in April.

While the fall in the LPR could be attributed to the partial lockdowns, the fall in employment cannot be attributed to the lockdowns. "Most of the job losses are from the agricultural sector, which is not impacted by the lockdowns. Of the 7.35 million people who lost employment in April, 6 million losses were from the agricultural sector. April is a lean month for employment in the farms. The rabi crop is harvested by then and preparations for the kharif crop usually begin only in May. Agriculture employed 120 million in March. This dropped to 114 million in April," the CMIE data suggests.

Daily wage labourers and small traders saw a loss of employment of the order of 0.2 million in April. Salaried employees saw a loss of 3.4 million jobs in April. This was the third consecutive month of a decline in the coveted employment category. Salaried job losses were disproportionately located in rural India. Vyas said prospects for jobs look bleak during 2021-22 as the "second wave of Covid-19 has stalled economic recovery". Professional forecasting agencies have been scaling back their projections for the year.

Eid-ul-Fitr 2021: Here's when the moon will be visible in India, UAE, Qatar