A revised set of guidelines, issued as part of the government's 'Mission Begin Again' phase four, said only select services like hair cut and dyeing, waxing and threading will be allowed as of now in these outlets 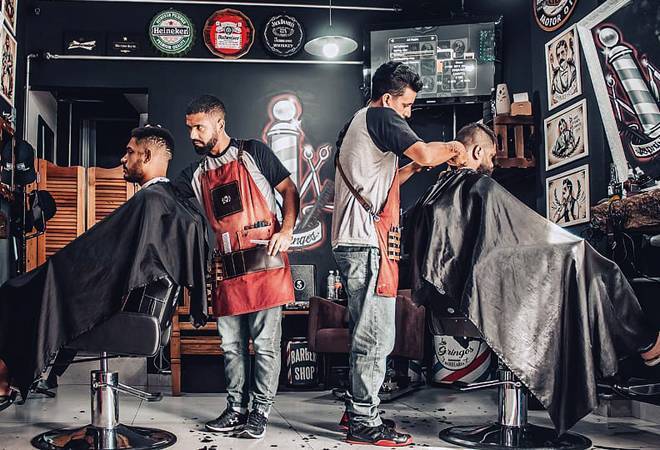 With the further easing of coronavirus-induced curbs in Maharashtra, some salons opened in Mumbai on Sunday after a gap of three months while many remained closed due to lack of manpower. The parlours and salons falling under the COVID-19 containment zones did not open.

Salon owners, who opened their shops for restarting business, said they were adhering to the government's guidelines like checking temperatures of their customers, asking them to use hand sanitisers before entering the premises, and serving customers in small batches. Some, however, complained of low turnout, saying people were scared of availing salon services. The Maharashtra government earlier said salons and beauty parlours will be allowed to reopen from Sunday with restricted entry and prior appointments for customers.

A revised set of guidelines, issued as part of the government's 'Mission Begin Again' phase four, said only select services like hair cut and dyeing, waxing and threading will be allowed as of now in these outlets. Shailesh Surve, owner of 'Make Over' salon in Worli, said they opened their facility but were allowing customers in small batches. "We are taking three customers each in time slots from 10 am to noon, 12 noon to 3 pm and 3 pm to 6 pm. Customers are approaching us for appointments, but we are not allowing everybody as we have to follow the government's norms," he said.

Surve said they were recording the temperature of customers and providing them hand sanitisers on entering the premises. "We are using fresh towels for every customer and sanitising chairs used for haircuts. I opened my shop today at around 8 am and got a good response on the first day. We were sitting at home since the last three months, but now we can earn," he said.

However, Irshad Khan, owner of a salon in suburban Santacruz, said he opened his outlet after three months but did not get the same response as he used to get on a Sunday earlier. "There was low turnout today...people are scared, hence they are avoiding visit to salon," he said. Parvez Ansari, a salon owner from Bandra-Kurla Complex (BKC), said he did not open his facility due to lack of staff.

"I have to keep my shop shut till my staff members do not return from their native places," he said. The state government in its notification on Thursday said skin-related services will not be allowed at present and this should be prominently displayed outside shops. "Employees must put protective gear, including gloves, aprons and masks. All workspace (chairs) must be sanitised after each service. Also, all common areas and floors must be sanitised after every two hours," it said.

Disposal towels and napkins must be used on customers, while non-disposal equipment should be sanitised and sterilised after each service, the government order said. Each shop must put up a notice listing precautions for customers, the notification said.

Coronavirus crisis: Number of containment zones rises to 417 in Delhi, around 2.45 lakh people screened so far

Vande Bharat Mission: Air India to operate 170 flights to and from 17 countries in phase 4