US-Iran conflict: India says that it is vital that the situation does not escalate further after US airstrikes killed top Iranian commander General Qassem Soleimani 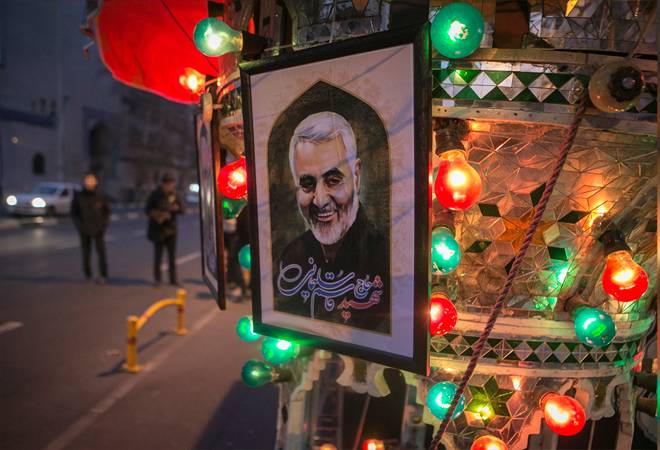 US-Iran tensions: India says it is important that the situation does not escalate

India has asked US and Iran to exercise restraint to prevent destabilizing the region. The Ministry of External Affairs noted that increased tensions could impact peace and stability. "We have noted that a senior Iranian leader has been killed by the US. The increase in tension has alarmed the world. Peace, stability and security in this region is of utmost importance to India", said the MEA statement.

"It is vital that the situation does not escalate further. India has consistently advocated restraint and continues to do so," the MEA statement read. India too finds itself in a fix amid the escalating tensions between the countries after US' airstrikes on Thursday at the Baghdad airport. India has already been pushed by the US sanctions into a corner to not conduct business with Iran. Any further escalation could mean that India's Chabahar project would be in jeopardy.

Harsh Pant, Director at ORF told India Today, "For India, it impacts India's sea-link communication and energy flows from the region. If there is a dramatic escalation, it would lead to spike in oil prices which would have a negative impact on an already slowing down, sluggish economy."

Most experts believe that the immediate repercussion of the US airstrikes would be a rise in oil prices. If things worsen further then there could be an impact on supply from the region itself.

Speaking to India Today, West Asian expert Dr Waiel Awwad said, "If a war breaks then it will have catastrophic impact on the region as a whole. The USA now will face stiff resistance... It is a violation of a sovereign state, hence there is a chances of increased voices against USA forces stationed in Iraq. Retaliation against USA forces is imminent."

Foreign Minister of Iran Javad Zarif is scheduled to visit India for a bilateral meeting with Foreign Minister Dr S Jaishankar on the sidelines of the Raisina Dialogue to be held in New Delhi on January 8-10. For now, the visit has not been cancelled.

On Thursday night, US carried out airstrikes in Baghdad killing Iranian general Qassem Soleimani. General Soleimani was very close to Supreme Leader Ayatollah Ali Khamenei. Khamenei promised to take revenge for the death of Soleimani and Iraqi commander Abu Mahdi al-Muhandis. "With his departure and with God's power, his work and path will not cease, and severe revenge awaits those criminals who have tainted their filthy hands with his blood and the blood of the other martyrs of last night's incident," said Khamenei in a statement.

After the attack, Pentagon had released a statement saying that the airstrikes were conducted to stop General Soleimani who was planning to attack American diplomats and service members in Iraq.