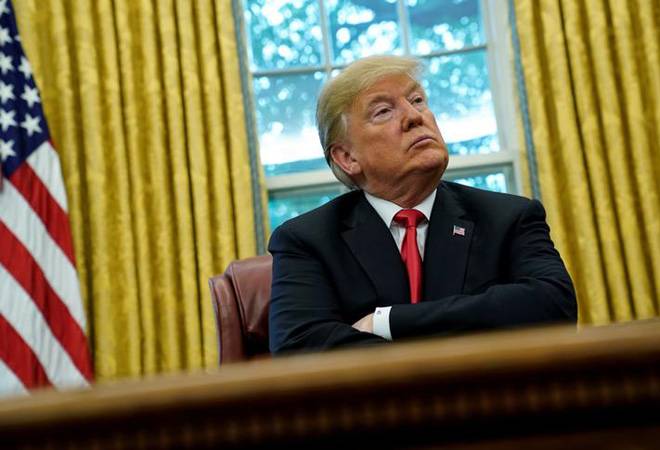 The overnight attack was authorised by US President Donald Trump to protect US personnel abroad, the Pentagon said. "General Soleimani was actively developing plans to attack American diplomats and service members in Iraq and throughout the region. General Soleimani and his Quds Force were responsible for the deaths of hundreds of American and coalition service members and the wounding of thousands more," the Department of Defence said.

Supreme Leader Ayatollah Ali Khamenei promised to take revenge for the death of Soleimani and Iraqi commander Abu Mahdi al-Muhandis. "With his departure and with God's power, his work and path will not cease, and severe revenge awaits those criminals who have tainted their filthy hands with his blood and the blood of the other martyrs of last night's incident," said Khamenei in a statement.

Israel put its army on high alert and US allies in Europe including Britain, France and Germany voiced concerns about an escalation in tensions. The US embassy in Baghdad urged all American citizens to depart Iraq immediately.

Amid the developments, Brent crude oil prices rose up to $69.16 per barrel marking a spike of 4.39% -- its highest level since September.

In the midst of escalating tensions between US and Iran, Twitter foresaw another World War. Talk about the tensions made World War III the top trend on Twitter. While a lot of people spoke about how this could indeed lead to a war, some did not miss the opportunity to make a meme out of it.

Opening twitter and seeing World War 3, US and Iran, ISIS, Donald Trump trending and we're only 3 days into the year #WWIIIpic.twitter.com/Jkr5xsrJM6

China and Russia realising it won't be them causing World War 3 #WWIIIpic.twitter.com/5XOAFFTQaf

3 days in and the world is on the brink of war and we all memeing it. We truly are the best generation #WWIIIpic.twitter.com/F0yGKK7iTv

Me coming up with excuses to avoid getting drafted #WWIIIpic.twitter.com/emVi3TqdJt

Me walking into prison after refusing to get drafted into World War 3. #WWIIIpic.twitter.com/dJVFBsRDjM

Me going to bed knowing I don't need to study for my exams anymore #WWIIIpic.twitter.com/RbsTSosFBq

Laughing at all these #WWIII memes but realizing Iran still have nuclear weapons pic.twitter.com/9YZR38Sh2h

When you laughed at all them world war 3 tweets but then you end up getting drafted pic.twitter.com/lCsg2oziEy

Everyone: "let's start out this year with good vibes and get along with everybody"

SBI home loans: Interest rates dip below 8% for the first time in 17 years