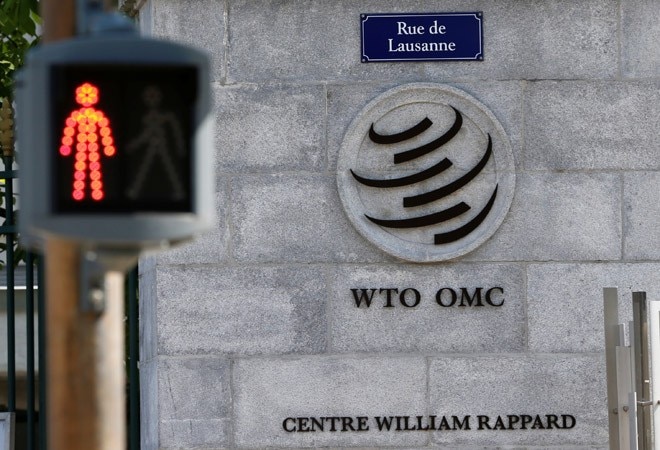 A World Trade Organisation (WTO) dispute panel ruled on October 31 that India's key export promotion schemes violated WTO rules and hence should be withdrawn within six months. The verdict has raised several questions. What will be the impact of the ruling for India? Will Indian export of steel products, pharmaceuticals, chemicals, information technology products, textiles and apparel continue to be competitive in the absence of this subsidy? Is the ruling final? The short answer is that the ruling, in itself, does not pose an immediate threat to Indian exports. Before we come to explain why, let's understand some basics: The verdict was based on a complaint filed by the United States of America (USA), which argued that five export subsidy schemes worth over $ 7 billion that India offers are not compatible with WTO rules. Soon after the verdict, United States Trade Representative (USTR), the government body that strives to protect the US industry, called it a "resounding victory for the United States" and the country "is using every available tool, including WTO enforcement actions, to ensure American workers are able to compete on a level playing field".

The ruling covered India's schemes such as the Export Oriented Units (EOU) Scheme and Sector-Specific Schemes, including the Electronics Hardware Technology Parks (EHTP) Scheme and the Bio-Technology Parks (BTP) Scheme (the EOU/EHTP/BTP Schemes), the Merchandise Exports from India Scheme (MEIS), the Export Promotion Capital Goods (EPCG) Scheme, the Special Economic Zones (SEZ) Scheme and the Duty-Free Imports for Exporters Scheme (DFIS). The complaint was that these schemes provide for certain exemptions from (or reductions of) customs duties or taxes, or for the granting by the government of freely transferable "scrips" that can be used for payment of customs duties on certain goods, payment of excise on certain goods, and payment of certain other dues such as for shortfalls in export obligation. There are more than 8,000 products eligible for the "scrips", nearly double the number of products covered since its introduction in 2015. Exports under the SEZ have increased over 6,000 per cent from 2000 to 2017 and in 2016 accounted for over $82 billion in exports, or 30 per cent of India's export volume. Terming these measures as export subsidies, US had pointed out that it provides an unfair competitive advantage to recipients, and WTO rules expressly prohibit them. It also noted that India has been using a limited exception to this rule meant for specified developing countries until they reach a defined economic benchmark ($1000 per capita GDP), though it continues it even after it surpassed the per-capita benchmark in 2015. "India's exemption has expired, but India has not withdrawn its export subsidies. The panel report rejects India's assertion that it is entitled to additional time to provide export subsidies even after hitting the defined economic benchmark.  The panel report concludes that each program is an export subsidy inconsistent with India's WTO obligations," the USTR states.

The first reason why the verdict does not pose an immediate worry is that due to purely technical reasons, it may take several months before the ruling will become enforceable. India is certain to utilise the provision to appeal against WTO rulings. An Appellate Body can look into such appeals and give a final verdict (within 60 days in this case). The last date for India to approach the Appellate Body (in this case) is November 30. However, by December 11, two of the three remaining jury members of the Appellate panel will retire. With no postings happening to fill the vacancies since 2017 (due to the opposition from the US), India's appeal against the WTO verdict is likely to get stuck for months.

The second reason is that the Central government has been planning to stop the export incentives that have been questioned under WTO rules for quite some time. A couple of months before the dispute panel's ruling, finance minister Nirmala Sitharaman had announced a new scheme - Remission of Duties or Taxes on Export Product (RoDTEP) - to incentivise the exports at an estimated cost of Rs 50,000 crore as a replacement for the biggest scheme in the WTO ruling list, the Merchandise Exports from India Scheme (MEIS). Since the total revenue impact of MEIS for 2018-19 is estimated to be Rs 36,615 crore, the amount earmarked for RoDTEP is expected to more than adequately incentivise exports for all the schemes that may have to be withdrawn in the wake of adverse WTO ruling. While the revenue impact of EOU/EHTP/STP/SEZ schemes during 2018-19 is estimated to be Rs 5,734 crore, EPCG is Rs 3,220 crore and Duty Free Import Authorization Scheme is Rs 673 crore.

The third reason why India's problems will not be aggravated due to the WTO ruling is that there are bigger problems that are already turning Indian exports non competitive and unless urgent measures are taken to address these issues -high cost of production, logistics, financing etc - mere incentives will not take Indian exports very far in the long-term. Any move to clear these bottlenecks will more than compensate for any setbacks industry may face due to loss of incentives.

While India should be concerned about any adverse ruling from WTO, it has to set its house in order to ensure the growth of its external trade.

ALSO READ:WTO allows China to impose $3.6 billion sanctions on US

Living in polluted cities? Pay up 5% more on health insurance!