While Prasad argues that there is much that stands out about the US as a "leader of the free world, an amazing nation in terms of innovation capabilities and a great democracy", there are concerns today 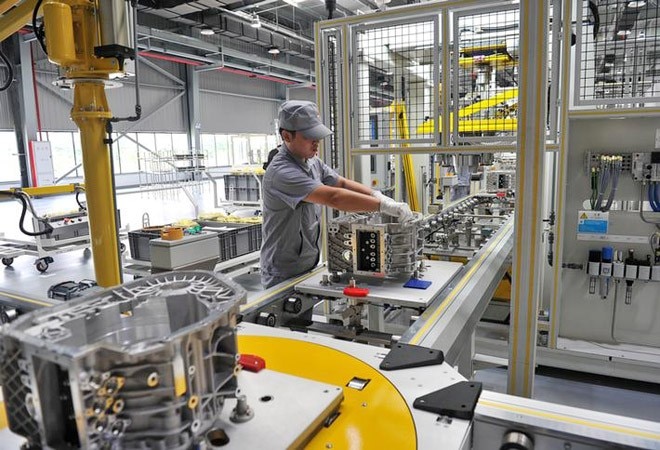 While an anti-China sentiment is rising across the globe, with many blaming it for not being transparent about the coronavirus outbreak. Businesses across countries now want to make their supply chain multilocational instead of China-dependent, which many argue is purely business prudence. However, it may not be wise to underestimate China's strengths. To assume that businesses will start moving out or start snapping links with the country would be wrong, at least, for the moment. This seems to be a message coming across listening to G V Prasad, co-chairman and managing director of Dr Reddy's, at a webinar organised by FICCI, FICCI Ladies Organisation (FLO), Hyderabad on Saturday.

"There is a lot of negativity on China as it is being blamed for the virus but I do believe that China is going to be one of the strongest countries of the world, if not the strongest," said Prasad. Drawing a comparison between China and the US, "the two dominant economies of the world," he asked: "where would you lay your bet today?"

Ruled by the Communist Party of China, China shows "a certain level within the government is a pure meritocracy with best talent going to government. There is a level of competence in the government you will not see anywhere in the world. If you want to start a business, the level of enablement is superb, the way they protect their industry is unparalleled," Prasad said.

And that is not all. "Look at the number of people who have come out of poverty in China. It is the biggest in the history of the world. No other country has got this kind of accomplishment. They have overtaken US last year on the number of patents they have filed. They are leaders in artificial intelligence, renewable energy and biotech. They have identified eight sunrise industries where they will overinvest in," Prasad said. Therefore, he argues, "this is a powerful country and it will be a mistake to underestimate them."

One could argue that Prasad may be seeing the positives in China because his company is keen to built its presence there and look at tapping the growing pharma market of that country, apart from sourcing some of the raw material from China. But then, his company's interests also lie in the US, which is the largest contributor to their revenue today. While Prasad argues that there is much that stands out about the US as a "leader of the free world, an amazing nation in terms of innovation capabilities and a great democracy", there are concerns today. Be it around its effectiveness in global leadership or just the current developments ranging from "the social unrest to its mishandling of the pandemic leading to high death rates there".

On the point raised by author and webinar moderator Sriram Karri that businesses may now want to move out of China and perhaps head for India, Prasad feels for that to happen, "India will have to do something special and do much more at enabling and supporting its industries." And in the midst of all this, he is quick to remind also that "the supply chain from China is working and materials are reaching on time from China."