Indra Nooyi to be next World Bank chief? Yes, if Ivanka Trump has her way

Other candidates being considered for the position are Under Secretary of the Treasury for International Affairs, David Malpass and President of the Overseas Private Investment Corporation, Ray Washburne. 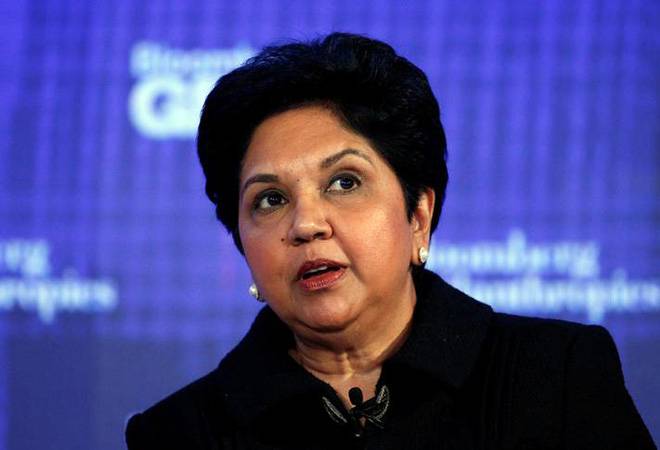 India-born Indra Nooyi, former CEO of beverage giant PepsiCo, has made it to the initial of list potential candidates for the role of World Bank President. World Bank President Jim Yong Kim announced recently that he would resign in February to join a private investment firm following which the White House is on a hunt for the successor. A report in New York Times said that Nooyi, 63, has been "courted as an administration ally" by Ivanka Trump, who is playing a key role in the selection process.

According to reports, Nooyi's name was forwarded by Ivanka Trump who considers her a mentor and inspiration. "Indra, you are a mentor + inspiration to so many, myself included. I am deeply grateful for your friendship. Thank you for your passionate engagement on issues that benefit the people of this country, and beyond," Ivanka Trump had tweeted soon after Nooyi stepped down as the CEO of PepsiCo.

Nooyi had even dined with the president earlier and has assumed an advisory role on Trump's business council.

The NYT report mentioned that the decision-making process is "fluid" and is in its initial stages. It also, however, said that "early frontrunners and candidates often fall off the radar or withdraw from consideration before the president makes his ultimate pick". Also, it is not clear if Nooyi would accept the nomination. Additionally, Nooyi's remarks after the 2016 elections could count against her. Talking about Trump's win, Nooyi had said that her daughters and employees are in mourning and said that people who are not white, women, and the LGBTQ  community are worried about their safety.

The process of choosing the next World Bank President is overseen by Treasury Secretary Steven Mnuchin, and Acting Chief of Staff Mick Mulvaney, along with Ivanka Trump. Ivanka Trump's involvement in the selection process was not without criticism. The ethics watchdogs said that her role could pose a conflict of interest.

Other candidates being considered for the position are Under Secretary of the Treasury for International Affairs, David Malpass and President of the Overseas Private Investment Corporation, Ray Washburne.

The President of World Bank cannot be appointed by the US President alone but will also have to be approved by the bank's board.