Yusaku Maezawa, who has 6.8 million followers on Twitter, has started a "social experiment", in which he will give away Rs 64.36 crore to 1,000 followers who had retweeted his January 1 post 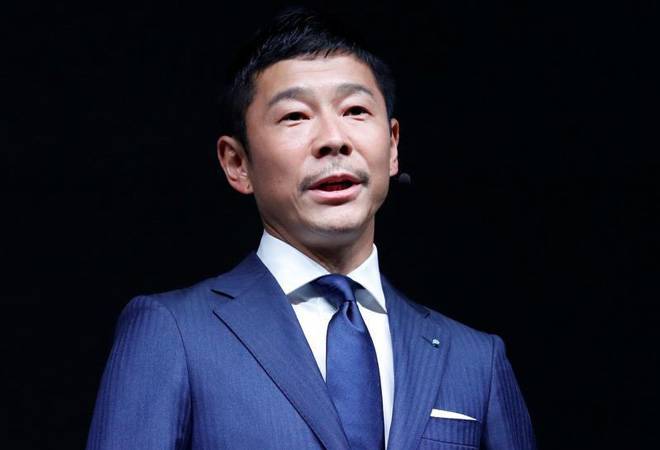 Japanese billionaire and fashion designer Yusaku Maezawa is giving away $9 million (Rs 64.36 crore) to a thousand of his Twitter followers to see if unconditional free payments boost happiness among people or not.

Yusaku Maezawa, who has 6.8 million followers on Twitter, has started a "social experiment", in which he will give away 1 million yen, that is Rs 64.36 crore to 1,000 followers who had retweeted his January 1 post. The 1,000 winners would be selected randomly.

Maezawa recently made headlines by signing up to become the first private passenger to fly around the moon in 2023 aboard Elon Musk's SpaceX.

Maezawa, who is one of Japan's richest people tweeted that the giveaway idea of $9 million dollar to random Twitter followers was to closely understand the concept of Universal Basic Income (BI). The concept has been touted by US presidential candidate Andrew Yang, who has vowed  to give $1,000 a month to every adult American over 18 years if he gets elected.

He wrote on Twitter saying, "Basic Income is a mechanism by which the government pays a fixed amount to the citizens every month."

He, on a separate note wrote, "This campaign may be a reference for the government to consider basic income and any benefits and subsidies. While discussions and experiments on basic income are being conducted around the world, some experimental results should be needed here in Japan as well".

He also said that since he was not any politician or a big political leader therefore he could not do anything concrete about basic income. However, his latest effort was just to bring small changes in Japan's economic culture.

The 42-year-old fashion designer also said, "In the current economic situation, living environment, work environment, home environment, etc., I learned again that there are many people who are stuck in difficulty, unable to take new challenges, and helplessly. If those people get a "start" of 1 million yen (Rs 64 crore approx)... For example, if you use a favorite job for a job change job. If you use it for study, lessons and experiences that will increase your income. Use it to advertise your daily activities and work to raise your profile".

This is not the first time Maeza has given away money to people, last year he shelled out 100 million yen ($917,000) among 100 of his Twitter followers.