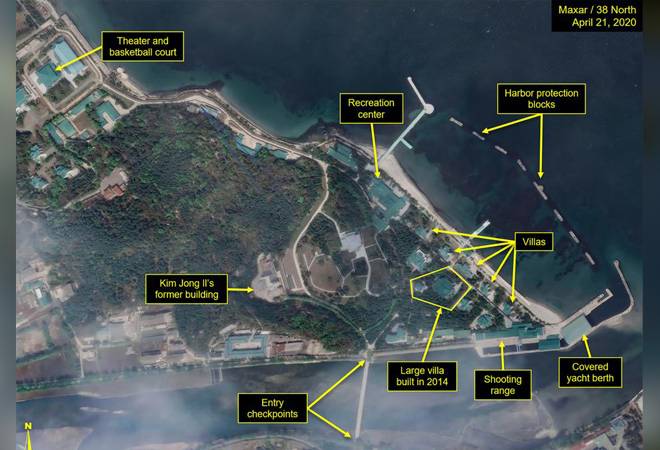 The special train belonging to Supreme Leader of North Korea Kim Jong Un was spotted in the resort town of Wonsan, amidst contradicting reports about Kim's health and whereabouts.  The train was spotted in satellite images reviewed by a Washington-based North Korea monitoring project 38 North.

As per the report by 38 North, the special train was seen parked at the "leadership station" in Wonsan on April 21 and April 23. This station is reserved only for members of the Kim Family.

"The train's presence does not prove the whereabouts of the North Korean leader or indicate anything about his health but it does lend weight to reports that Kim is staying at an elite area on the country's eastern coast," the report said. Though the project claims that it was Kim's train, international news agency Reuters has said that they have not been able to confirm this story independently.

Reports regarding Kim Jong Un's ill health started floating on April 15 after it was discovered that Kim had not attended the birth anniversary of his grandfather Kim Il-sung.

On Saturday, Kim was absent from another important national holiday of North Korea. His absence from North Korea's Military Foundation Day celebrations added fuel to the reports about his ill health.

According to Newsweek, US intelligence has seen no sign of any unusual military activity in the region and have received no conclusive assessment on the status of Kim Jong Un's health condition. However, a senior Pentagon official had told Newsweek that the presence of the train in Wonsan and Kim's absence from important events lends credibility to the reports about his ill health.