Mike Pompeo in India: 'India will do what's in its national interest,' says S Jaishankar on S-400 deal 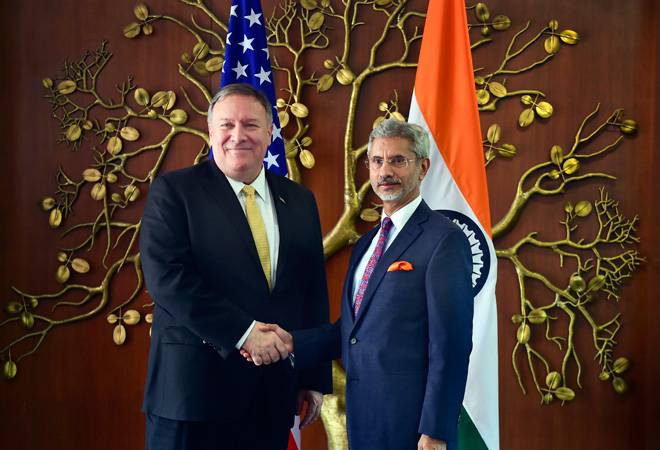 The United States' stance with reference to Iran and the troubles India has faced as a consequence featured prominently during the talks between Minister of External Affairs S Jaishankar and US Secretary of State Mike Pompeo.

"We have a certain perspective on Iran, obviously from where we are based. The Secretary (Pompeo) shared with me the American concerns on Iran. Both of us certainly came out much better informed of each other's concerns in that regard. In terms of common ground, we have common ground on energy as well. For us it is important that global energy supplies remain predictable, that they remain affordable. That's a concern to which Secretary Pompeo was very receptive," Jaishankar said

"He certainly gets what our interests are," the External Affairs Minister added.

"We all know that we need to keep that waterway open for the reasons that were just described. And we also know that Iran is the world's largest state sponsor of terror. We know the Indian people how they have suffered from terror around the world, so I think there is a shared understanding of threat and a common purpose to ensure that we can keep energy at the right prices and deter this threat, not only in the narrow confines of the Middle East, but threat this terror regime poses to the entire world," Pompeo followed.

Earlier, on a question about whether the US is planning to reinstate India to its Generalized System of Preferences (GSP), Pompeo said, "We didn't discuss the lifting of that, but we agreed we would work through that problem... We're gonna do our best to make sure that all the right people get in all the right places and work through these problems so that we can get on with the business of growing."

Talking about India's plans to purchase S-400 missile defence systems from Russia, Jaishankar said that India will do what is in its national interest.

"We have many relationships...they have a history. We will do what is in our national interest and part of that strategic partnership is the ability of each country to comprehend and appreciate the national interest of the other," Jaishankar said.

The sanctions under the US' Countering America's Adversaries Through Sanctions Act (CAATSA) are opposed to the deal for S-400 missile defence between systems New Delhi and Moscow.

ALSO READ:Trump vs Triumf: What India can do to salvage Indo-US ties

"On terrorism, I took the opportunity to express our appreciation for the strong support that we have received from the Trump administration, what we say is really zero tolerance for cross border terrorism," Jaishankar said during a joint press briefing after his meeting with Pompeo.

The discussions also involved defence co-operations between India and the US that have existed over the past decade or more, Jaishankar said. "The key point here is that is to continue to grow, it's important that we display trust and confidence in each other," the External Affairs Minister added.