US to hold China accountable to follow rules: Joe Biden

Addressing his first solo news conference in the East Room of the White House on Thursday, Biden said that soon he is going to invite an alliance of democracies to come to Washington DC to "discuss the future" 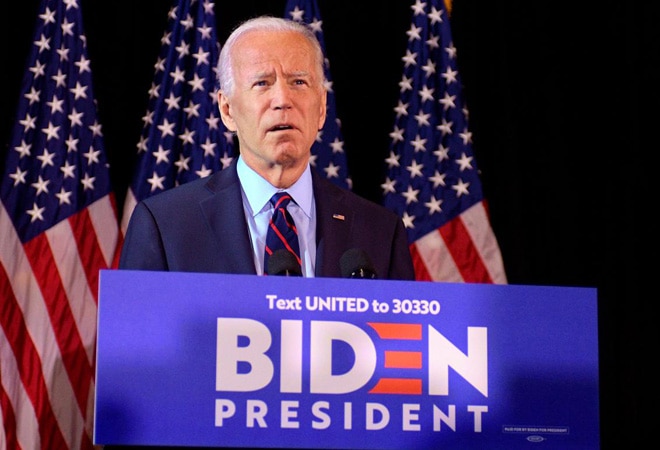 The United States working with its partners and allies is going to hold China accountable to follow the rules, US President Joe Biden has said, as he referred to his recent meeting with leaders from Quad countries involving Australia, India and Japan.

"Earlier this month, and apparently got the Chinese attention, that's not why did it, I met with our allies and -- how we're going to hold China accountable in the region, Australia, India, Japan, the United States, the so-called Quad, because we have to have democracies working together," he said.

Addressing his first solo news conference in the East Room of the White House on Thursday, Biden said that soon he is going to invite an alliance of democracies to come to Washington DC to "discuss the future". "We are going to make it clear that, in order to deal with these things, we are going to hold China accountable to follow the rules, to follow the rules, whether it relates to the South China Sea or the North China Sea or the agreement made on Taiwan or a whole range of other things," he asserted.

The conference was attended by 30 reporters from various media outlets, including two foreign correspondents. Biden, in response to a question, said he sees stiff competition with China.

After becoming the 46th President of the United States on January 20, Biden has spoken with his Chinese counterpart Xi Jinping over the phone once. The phone call, he said, lasted for two hours.

Biden said as vice president during the Obama administration, he spent hours together with Xi. "It was very, very straightforward. He doesn't have a democratic with a small D bone in his body, but he's a smart, smart guy. He's one of the guys like Putin who thinks that autocracy is the wave of the future. Democracy can't function in an ever complex world," he said.

"So, when I was elected and he called to congratulate me, I think to the surprise of the China experts who were his people on the call as well as mine listening, we had a two-hour conversation, for two hours. And we made several things clear to one another. I made it clear to him again what I told him in person on several occasions, that we're not looking for confrontation, although we know there will be steep, steep competition," he added.

"Two, that we'll have strong competition but we'll insist that China play by the international rules, fair competition, fair practices, fair trade. Thirdly, in order to compete effectively, I indicated that we're going to deal with China effectively, and we're going to need three things to do that I'm telling our people. First, we're going to invest in American workers and American science," the US President.

Biden said he is setting up his administration to be able to do that. "The second thing we're going to do is we're going to reestablish our alliances," he asserted. "I've been very clear with it. It's not anti-Chinese. We have talked about it.".

Also read: 'Should be completely back to normal by 2022-end': Bill Gates on COVID-19 pandemic