The recovery was aided by festival-time demand for retail loans. As of November 5, total outstanding non-food credit grew 7.3 per cent from a year ago period to Rs 110.9 lakh crore.

The banking system's credit growth, which had languished for a year-and-a-half, has rocketed to the highest level since the COVID-19 outbreak, according to Reserve Bank of India (RBI) data.

The recovery was aided by festival-time demand for retail loans. As of November 5, total outstanding non-food credit grew 7.3 per cent from a year ago period to Rs 110.9 lakh crore.

The outstanding credit rose by Rs 1.35 lakh crore between October 8 and November 5, the RBI data showed. The last time loan growth hit 7 per cent was in April 2020 and remained in a range of 5.1 per cent to 6.9 per cent since then.

Meanwhile, supporting the rebound in demand for retail loans, Care Ratings said that the year-on-year (YoY) bank credit jumped by 180 basis points (bps) from the year-ago level of 5.1 per cent in the fortnight ended October 23, 2020, which is also a 40-bps improvement from the previous fortnight. 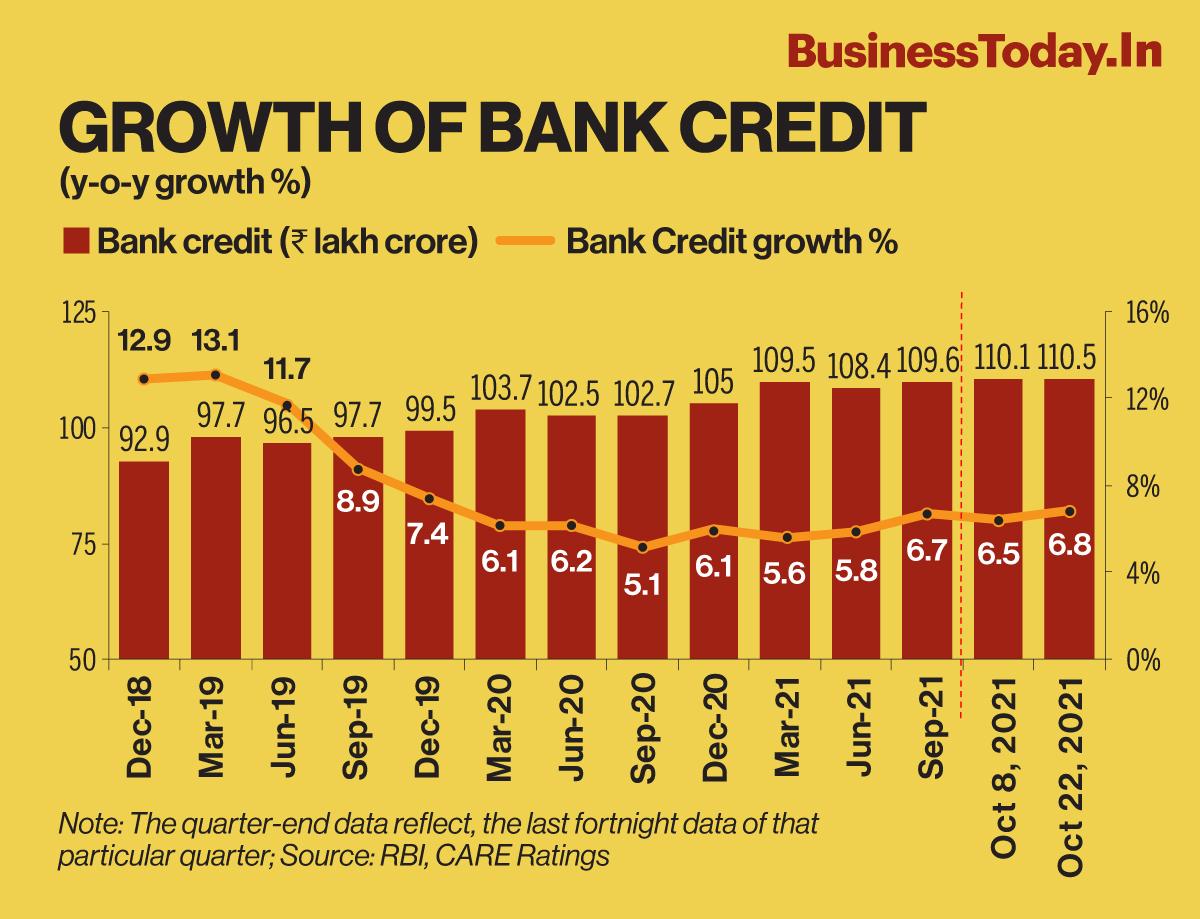 The YoY growth reflects "the low base effect, festival season spending, and the easing of lockdown restrictions across regions in India," the ratings agency said in a note.

Also Read: Why You Shouldn't Default on Loans

The ratings agency also expects credit to rise between 7.5 per cent to 8 per cent in FY22, due to economic upswing, retail credit push, low base effect and extended Emergency Credit Line Guarantee Scheme support.

It added that the medium-term prospects appear bright with allayed corporate stress and enhanced provisioning levels across the banking system. Care Ratings stated that the retail loan segment is likely to do well compared with industry and service segments.