All three apprehended were named in the FIR registered against Modi and his uncle Mehul Choksi on January 29, officials said. The FIR had initially listed eight fraudulent transactions worth over Rs 280 crores. Losing  Rs 11,400 crore in suspicious transactions was came to the light only after a regulatory filing by PNB on Thursday.

CBI had registered a fresh FIR on Friday regarding the remaining 150 fraudulent LOUs worth over Rs 4,886 crore. The second FIR has been registered against Choksi and his companies Gitanjali Gems, Nakshatra Brands and Gili. Shetty and Kharat have been reportedly named in the second FIR too.

Shetty, now retired, had allegedly issued letters of undertaking without approval from his superiors in favour of Nirav Modi's companies and Mehul Choksi. Working with the foreign exchange department, he was one of the officials authorised to use the SWIFT messaging system for sending LoUs.

The Ministry of External Affairs had already suspended the passports of Nirav Modi and Mehul Choksi for four weeks. Moreover, now Interpol has joined investigating agencies and banks in locating the whereabouts of Modi.

Modi is at the centre of the Rs 11,400-crore 'fraud' detected at PNB's Brady House branch in Mumbai. The first complaint against Nirav Modi's company was filed on January 29, but he and his family had already fled the country on January 1.

08:51 pm: The Enforcement Directorate seized diamonds and jewellery worth Rs 25 crore from locations related to Nirav Modi. The total value of property seized from the jewellery designer has now reached to Rs 5,674 crore.

06:41 pm: Some acccused are abroad and will have to brought bac, CBI says in front of special court.

05:03 pm: Top officials from PNB and Finance Ministry have been summoned by the Central Vigilance Commission (CVC) on February 19.

4:59 pm: Sitharaman said that the PNB fraud happened during the tenure of UPA government. 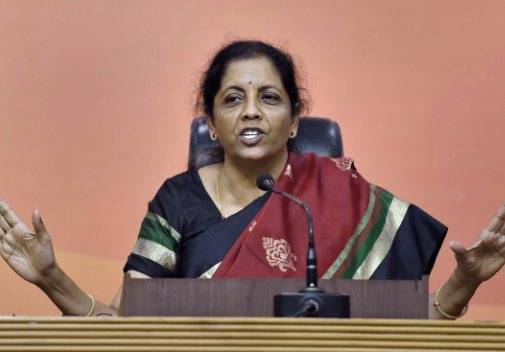 4:57 pm: "We are not conspiring to help scamsters flee the country, the BJP government is catching them instead," Sitharaman told reporters here.

4:39 pm: Shetty, Kharat and Bhat were presented in CBI court.

4:29 pm: The three arrested culprits will be presented in front of a CBI court in Mumbai later today.