The government has assured the worst is over in terms of coal availability, but it can only be balanced if the global supply chain improves. Photo: Reuters
BusinessToday.In 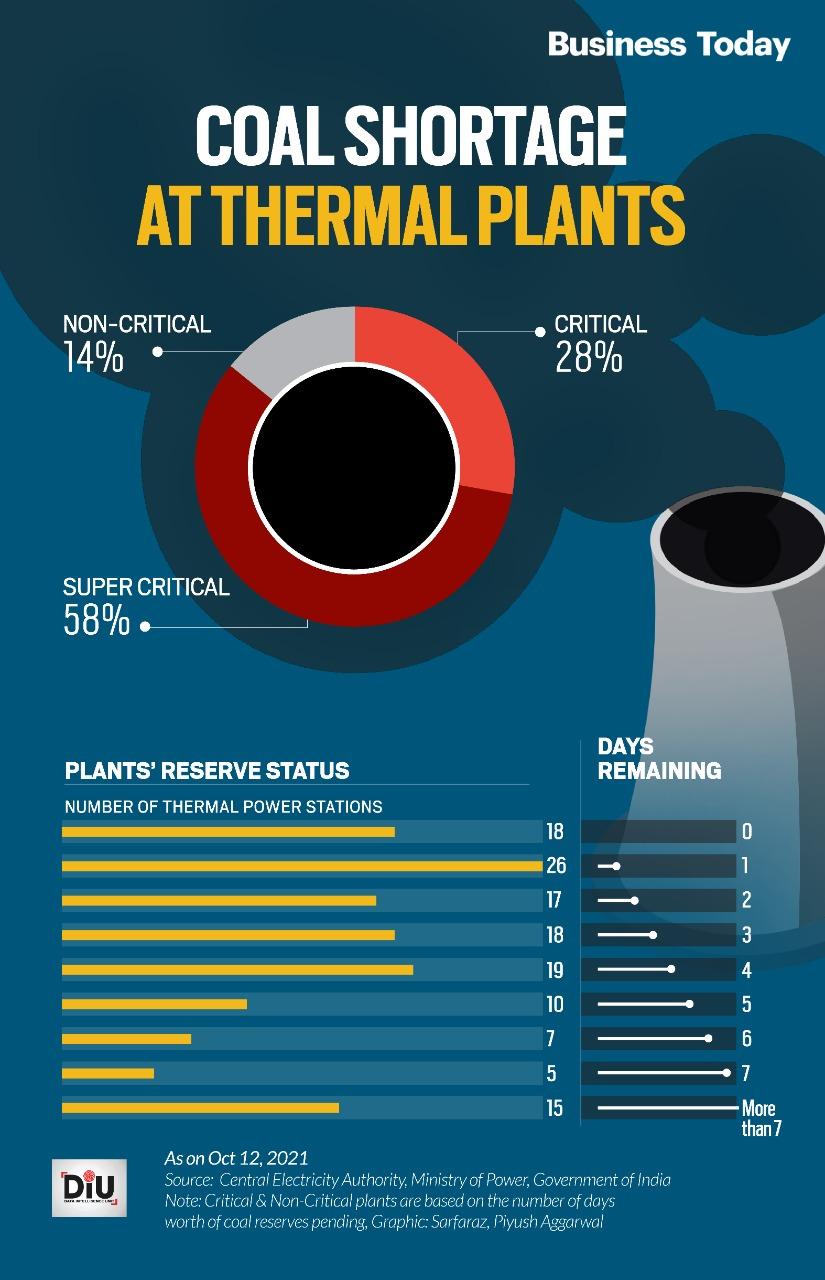 Despite the country producing 12 per cent more coal in the first half of the current fiscal on a year on a year-on-year (YoY) basis, there has been a shortage of coal due to a huge spike in demand. The government, however, has assured the worst is over in terms of coal availability, but it can only be balanced if the global supply chain improves.

The beginning of the coal crisis

The coal crisis in India originated in August and September this year as demand rose over 17 per cent as compared to the pre-Covid-19 level of 2019. But, the government has argued that coal generation has also increased from 61.91 per cent in 2019 to 66.35 per cent in 2021. At the same time, in the first half of the present fiscal year, the prices of imported coal have also risen by over 200 per cent, thereby skewing the overall supply-demand equation.

India is the second largest coal importer in the world, and as global prices have gone up by 40 per cent this, India also reduced imports, putting additional burden on domestic producers. The declining imports are also responsible for the coal shortage to some extent. In the first six months of the fiscal year, the import of coal has declined by 44 per cent. This, in turn, has put an additional burden on domestic suppliers. In the last fiscal year, a majority of India's coal demand (about 80 per cent) or 716 MT, was met through domestic production, while it imported 215 MT of coals from other countries, the Lok Sabha data shows. Major coal suppliers to India are Indonesia (43 per cent), Australia (26 per cent), South Africa (14 per cent), and the US (6 per cent), according to the Ministry of Coal data.

After the successful auction of 28 coal mines in the first two tranches, the ministry has launched the auction process of 40 new coal mines -- 21 new mines under the CM(SP) Act and 19 new mines under the Tranche 3 of MMDR Act. In total, there will be 88 coal mines on offer. The government has said the total geological resources of about 55 billion tonnes of coal are on offer from these 88 mines, of which 57 are fully explored mines and 31 are partially explored mines.