After the recent rise in prices, petrol is inching closer towards the Rs 108 per litre mark in Delhi
BusinessToday.In

After the recent rise in prices, petrol is inching closer towards the Rs 108 per litre mark in Delhi. Petrol is currently selling for Rs 107.94 per litre in the national capital while diesel is available for Rs 96.67 per litre in Delhi. Price of petrol in Delhi is 36.63 per cent higher than aviation turbine fuel (ATF) used in airlines. ATF is priced at Rs 79.020.16 per kilo litre or around Rs 79 per litre in Delhi.

Fuel is most exorbitantly priced in Bhopal and Jaipur among major Indian cities. A litre of petrol costs Rs 116.62 per litre whereas diesel is being sold for Rs 106.01 per litre in Madhya Pradesh’s capital city. Petrol and diesel cost Rs 115.21 per litre and Rs 106.47 per litre in Jaipur respectively. 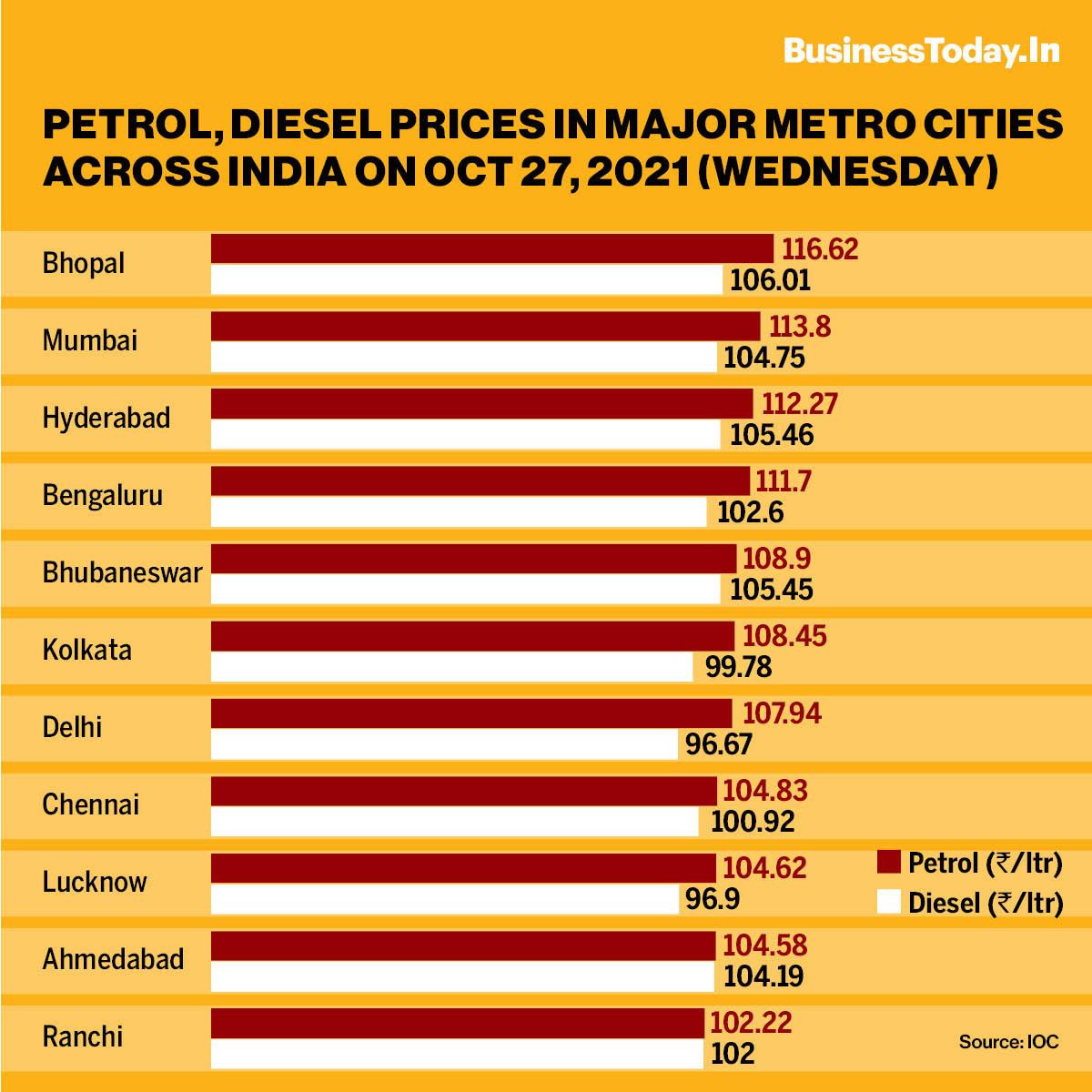 The total rise in petrol prices since May 5, 2020 to record levels currently totals Rs 35.98 per litre while diesel rates have gone up by Rs 26.58 per litre. The government had decided to raise excise duty on petrol and diesel to mop up the gains that would have otherwise been passed onto the consumers from international oil prices going down to as low as $19 per barrel.  While international prices have since recovered to $85 per barrel, excise duty on petrol has remained at Rs 32.90 per litre and Rs 31.80 per litre on diesel.

Oil marketing companies revise petrol and diesel rates on a daily basis by factoring in value-added tax (VAT) levied on fuel across different states, freight charges, average price of benchmark fuel in the international market in the past 15 days and foreign exchange rate. These revisions are effective from 6am every morning.