BJP to retain Manipur, get a clear majority: Axis My India exit poll

Congress is seen bagging 4-8 seats with 18 per cent votes in Manipur.

The ruling Bharatiya Janata Party (BJP) is all set to come back to power in Manipur by getting a clear majority in the 60-member assembly, the India Today - Axis My India exit poll predicted.

The National People's Party (NPP) and the Naga People's Front (NPF) are predicted to win 4-8 seats each. While NPP's vote share is seen at 16 per cent, for NPF it is expected to be at 8 per cent. 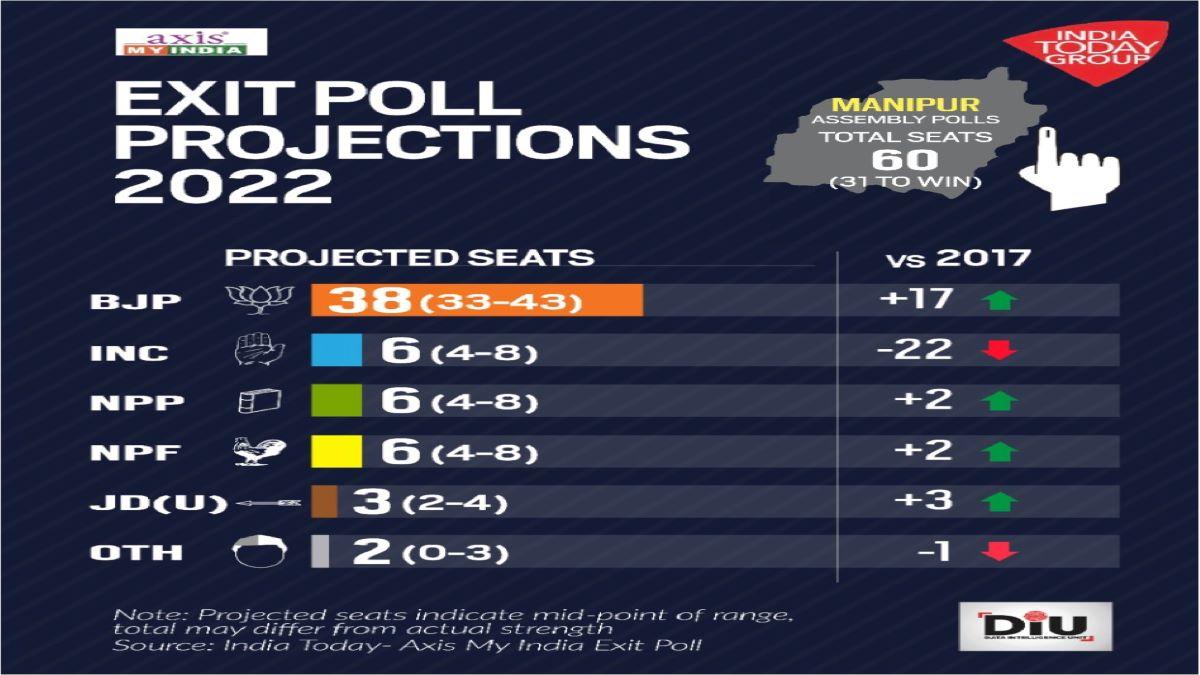 This time, elections were held in two phases in the state on February 28 and March 5. While a voter turnout of 88.63 per cent was recorded in the first phase, it was at 76.04 per cent in the second phase.

The BJP had to come to power for the first time in the state in 2017. However, NPP, NPF and JDU, members of the BJP-led coalition government, have been vocal about their dissatisfaction with the N Biren Singh-led government. The three parties have claimed that they will "play kingmaker" this election.