Adolf Hitler Uunona, unlike his namesake, insists that he has no plans of world domination. He added, "As a child I saw it as a totally normal name... Only as a teenager did I understand that this man wanted to conquer the whole world" 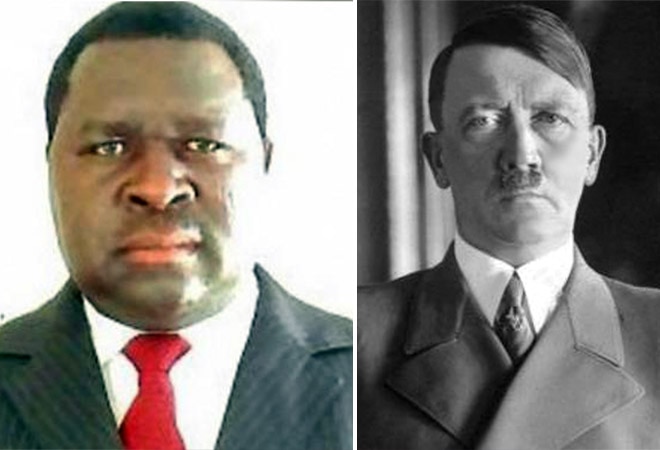 A man named after Adolf Hitler Uunona has emerged victorious in regional elections in Namibia. Uunona beat his opponent by 1,196 votes to 213 and won the race for local councillor in Ompundja constituency in the Oshana region, as per the official results.

Uunona represents the South West Africa People's Organisation which governs Namibia at the national level. He said that his father named him without realising the connotations, reported Bild, a German tabloid.

However, unlike his namesake, Adolf Hitler Uunona insists that he has no plans of world domination, says BBC in a report. Uunona said ,"As a child I saw it as a totally normal name... Only as a teenager did I understand that this man wanted to conquer the whole world," he added.

Uunona jokingly said that his unusual moniker "doesn't mean I'm striving for world domination". He added that he believed it was too late to change his name. He normally just goes by Adolf.

Uunona added, "It wasn't until I was growing up that I realised: This man wanted to subjugate the whole world. I have nothing to do with any of these things."

He reiterated "The fact I have this name does not mean I want to conquer Oshana (the region in northern Namibia where the Ompundja Constituency is located)."

Namibia was a German colony between 1884 and 1915 - when the German army relinquished control. German colonists wiped out most of the Nama and Herero ethnic groups between 1904 - 1908.

Germany's colonial possessions were broken up following its defeat in the World War. After that Namibia, through a League of Nations mandate, came under South African rule.

South West Africa People's Organisation was founded in 1960 as a response to the imposition of apartheid and conducted guerilla warfare as a campaign of protest.