The UBI head office will take action against the agency that fed the cash in the ATM. 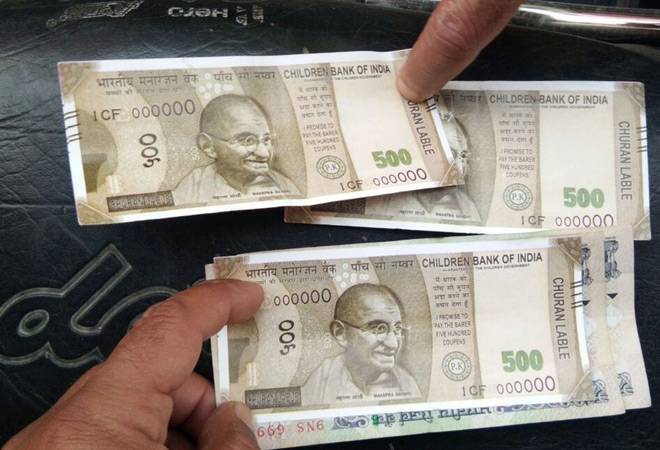 Imagine going to an ATM to withdraw cash and getting notes from 'Children Bank of India' and 'Churan Lable' instead. And that's what happened in Uttar Pradesh's Bareilly district. According to a complaint lodged with the UBI branch manager at Bareilly on Monday, three customers had received fake currency notes of Rs 500 denomination from the ATM on Sunday evening.

One of the complainants, Ashok Pathak, a retired health employee, said he had withdrawn Rs 4,500. "One currency note of Rs 500 turned out to be fake. It had 'Children Bank of India' and 'Churan Lable' written on it."

The other complainant, Indra Kumar Shukla, an employee with the Financial Inclusion Department of a company, said: "Of the Rs 1,000 I withdrew from the ATM at Subhash Nagar, one Rs 500 note was fake. I asked the bank to replace the fake note."

The complainants have also submitted photocopies of the fake notes as proof.

Bareilly: A United Bank of India ATM in Subhash Nagar had dispensed fake notes. I had withdrawn money from their. One of the 500 rupees note turned out to be fake: Ashok Pathak, complainant pic.twitter.com/7A74EtnILl

Shukla told The Times of India: "When I reached the UBI ATM, a few customers asked me to record a video of the transaction. After I received a fake note, I realised why they had given me the suggestion. Two more had received fake notes before me." A video of Shukla withdrawing money and receiving a fake note is being widely shared on social media.

Branch Manager Bacchan Shah said: "After thoroughly checking the machine on Monday, we did not find a single fake note. A report has been sent to our head office in Calcutta to blacklist or take action against the agency, which had fed the cash in the ATM. It seems the officials must have replaced some of the currency notes and it was an embarrassment for the bank."

"I have assured the customers that if they receive fake notes, we will reimburse them. We have given sorted notes from a machine to an agency to refill them in ATMs, so there was no lapse from our side,'' he added.

Looks like from cash crunch to fake notes, ATM woes are here to stay for a while.

This airline will pay 2 friends to move to Iceland for 3 months, travel the world and work