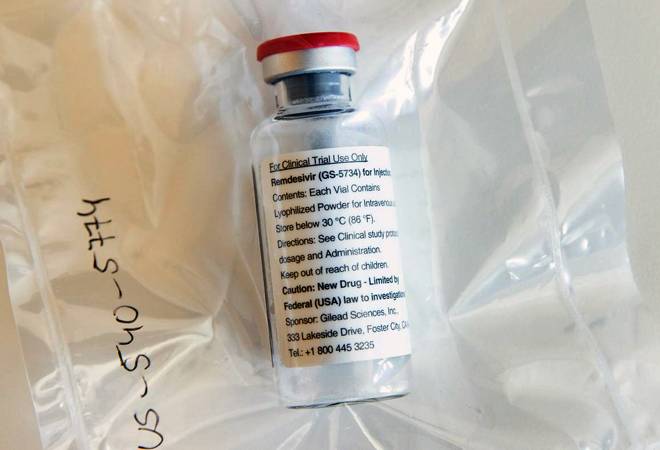 Gilead Sciences, a US-based drug development and manufacturing firm, has said that its licensed manufactures in India have the authority to fix the price of Remdesivir. It is an experimental drug used for treating coronavirus patients. Veklury, Gilead's own version of the drug, will be available in the country from next month onwards as it had received the approval of India's lead drug controller earlier this week.

Currently, four companies in India are licensed to sell Gilead's drugs. These are - Cipla, Mylan, Hetero and Jubilany Life Sciences. None of these firms have received permission from the drug controller to sell Remedesivir.

According to The Economic Times, these companies are ready with their own versions of Remedesivir and are just waiting for the controller's approval to start manufacturing and selling the drug in the country.

A Gilead spokesperson told the daily that the manufacturers have been given the authority to set their own prices for the drug. "It is our hope and intent that volumes and competition will drive costs down," he said.

Government officials have told the daily that they are yet to examine the medicine's pricing but also said that the drug regulator has the authority to invoke paragraph 19 of the Drug Price Control Order of 2013 which allows the National Pharmaceutical Pricing Authority to fix the prices of drugs which are of public interest.

"The government is empowered to allow an increase or decrease in the ceiling price or retail price, irrespective of the annual wholesale price index for that year. Further, the drug price control order allows the NPPA to make an enquiry or seek information, if considered necessary in public interest," said a senior official.

Hospitals have already started to order the COVID-19 drug. "We have placed orders for the drug (Remdesivir), but are yet to receive it," said Dr Hiren Ambegaonkar, CEO of Raheja Fortis Hospital in Mumbai. Remdesivir has been used in some government hospitals under the WHO's solidarity trial.