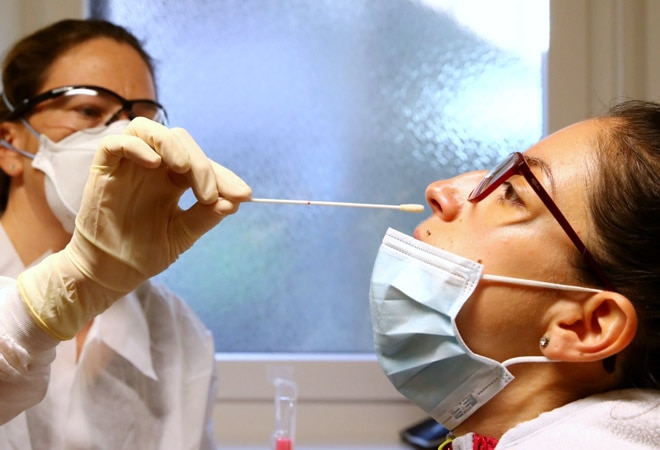 A coronavirus nasal swab test punctured a US woman's brain lining, causing fluid to leak from her nose, reported citing a doctor's report in a medical journal.

The 40-year-old patient had an undiagnosed rare condition and the test that woman might have received was carried out improperly, AFP reported.

According to Jarrett Walsh, senior author of the paper that appeared in JAMA Otolaryngology-Head & Neck Surgery, the woman had gone for a nasal test ahead of an elective hernia surgery and afterward noticed a clear fluid coming on one side of her nose.

At that time, doctors used a shunt to drain some fluid and the conditions resolved.

However, it caused a defect at the base of the skull which made the brain lining protrude into the nose where it was susceptible to rupture.

Walsh added people who have had extensive sinus or skull base surgery should consider requesting oral testing if available.

The protruded brain lining of the woman went unnoticed until old scans were reviewed by new doctors, who carried out surgery to repair the defect in July.

The woman has now recovered.

Walsh said if the problem had not been treated, she could have developed a potentially life-threatening brain infection from bacteria that traveled up the nose.