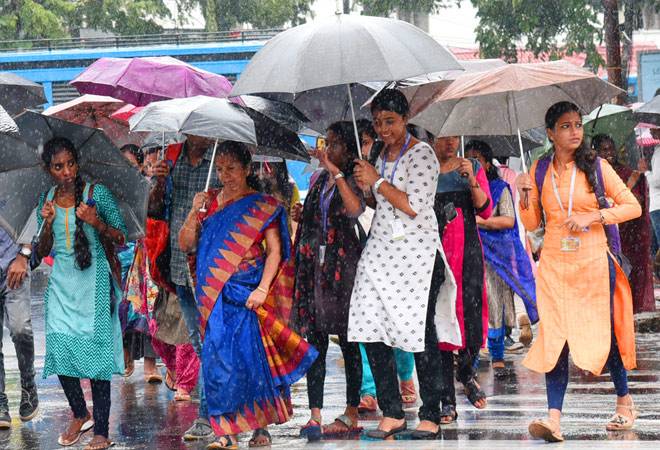 The southern state of Kerala continued to receive heavy rains on Thursday. The Indian Meteorological Department has forecasted heavy to very heavy rains in the state.

Private weather forecasting agency Skymet stated that Kerala will receive excessive rainfall till July 22 as a result of a low pressure area over North Bay of Bengal. This means heavy rains for the next 5-6 days which might lead to flooding.

Five districts of Kerala - Punnalur, Alappuzha, Thrissur, Kozhikode and Wayanad - are likely to experience flooding rains over this week and state authorities have already issued red alerts in these five districts. Fishermen have been asked to stay out of the sea due to strong winds. Sea condition has been predicted to be rough to very rough due to the present climate.

In its report, Skymet stated that initially focus will be on southern half including Thiruvananthapuram, Kollam, Alappuzha, Kottayam, Kochi, Idukki and Thrissur. The rains will then shift northwards to Palakkad, Kozhikode, Mallapuram, Wayanad, Kasaragod, and Kannur, the report further added.

Southwest monsson has been disappointing so far. The month of June ended with a deficiency of 44 per cent of rainfall. Additionally, the deficiency in rainfall between July 1 and July 17 has been recorded at a disturbing 47 per cent.