PSLV-C47 is the 21st flight of PSLV in 'XL' configuration. This will be the 74th launch vehicle mission from SDSC SHAR, Sriharikota 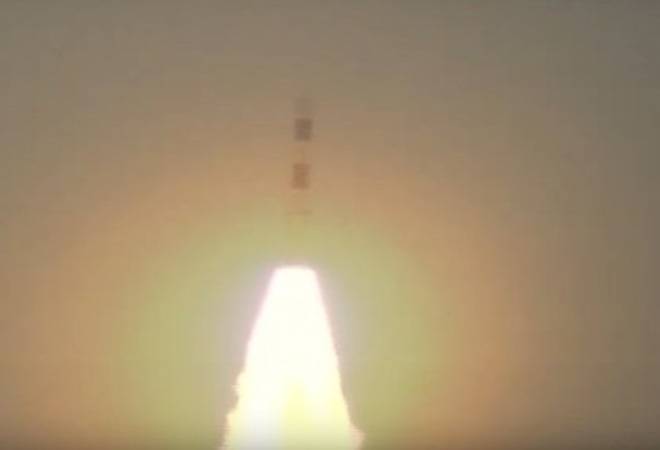 The launch of Cartosat-3 and 13 USA's Nanosatellite by PSLV-C47 took place at 9 am from Satish Dhawan Space Centre .

After the successfull launch of Cartosat-3 spacecraft into orbit, ISRO chief K Sivan said, "I am happy that PSLV-C47 injected precisely in the orbit with 13 other satellites. Cartosat-3 is highest resolution civilian satellite; We have 13 missions up to March- 6 large vehicle missions and 7 satellite missions".

PSLV-C47 is the 21st flight of PSLV in 'XL' configuration (with 6 solid strap-on motors). This will be the 74th launch vehicle mission from SDSC SHAR, Sriharikota.

Cartosat-3 satellite is a third generation agile advanced satellite having high resolution imaging capability.  The satellite will be placed in an orbit of 509 km at an inclination of 97.5 degree.

With overall mass of 1,625 kg and mission life of five years, Cartosat-3 shall address the increased user's demands for the large scale urban planning, rural resource and infrastructure development, coastal land use and land cover etc.

PSLV-C47 has carried 13 commercial nanosatellites from United States of America as part of commercial arrangement with NewSpace India Limited (NSIL), Department of Space.

5G rollout likely to be delayed by 5 years due to high prices, insufficient spectrum: COAI