Singer Lata Mangeshkar in ICU, family says she is recovering 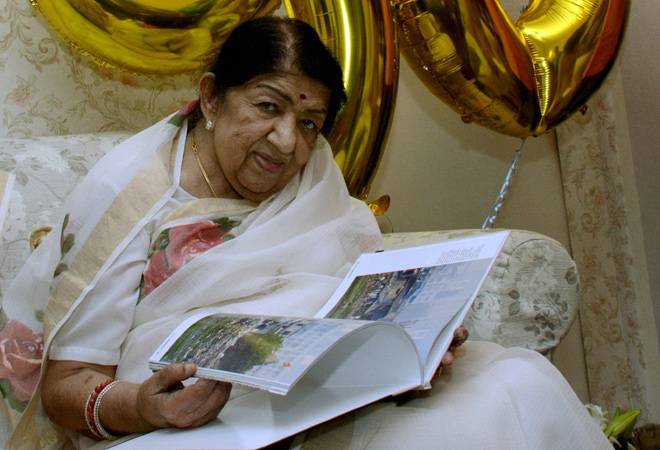 Legendary singer Lata Mangeshkar was admitted to Intensive Care Unit (ICU) of Breach Candy Hospital, Mumbai in early hours on Monday after she complained of breathing problems, suggested media report. The iconic playback singer, who turned 90 on September 28, is suffering from "viral chest congestion" and would be discharged by Tuesday, according to her family.

"The singer was brought to hospital at about 2 am. She is critical and in the ICU," a hospital insider told news agency PTI.

Mangeshkar's younger sister Usha confirmed that the singer was admitted to the hospital late last night due to viral infection and would be discharged by Tuesday. She has four siblings-Meena Khadikar, Asha Bhosle, Usha Mangeshkar, and Hridaynath Mangeshkar-of whom Lata is the oldest.

PTI quoted Usha as saying, "Lata didi is still in hospital. She is under observation. She is doing absolutely well and is stable. She will be discharged by tomorrow."

"We thought it's better to treat her at a hospital because of the viral infection so she is there for today," Usha Mangeshkar told the news agency amid reports that the musical icon had already been discharged and was recuperating at home.

Mangeshkar's niece Rachana Shah said the singer is recovering. "She was down with a viral infection. She is on path to recovery," Shah told PTI.

Lata Mangeshkar, a recipient of the Bharat Ratna and Dadasaheb Phalke Award, has lent her voice to over 1,000 songs in Hindi alone. In a career spanning over seven decades, the Indore-born Mangeshkar has sung in over 36 Indian languages, though primarily in Marathi, Hindi, and Bengali.

Known as the queen of melody, Mangeshkar recorded her last song this year. "Saugandh mujhe is mitti ki" was released on March 30 as a tribute to the Indian Army. Her last full album in 2004 was "Veer-Zaara" when she was 75.

She started her journey as a playback singer in 1942 with Vasant Joglekar's Marathi movie "Kiti Hasaal". Her first song to release was "Natali chaitraachi navalaai" from "Pahili Mangalaa-gaur". She also acted in the movie. Mangeshkar was awarded the Bharat Ratna, the highest civilian honour in the country, in 2001, while she was given the Dadasaheb Phalke Award in 1989.