Trump administration is also considering a plan to send checks to individual Americans of $1,000 to help them cope with coronavirus crisis 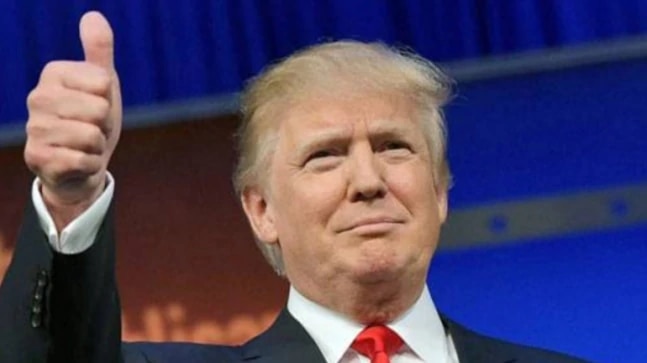 The Trump administration pressed on Tuesday for enactment of a $1 trillion stimulus package, possibly with $1,000 direct payments to individual Americans, to blunt the economic pain from a coronavirus outbreak that has killed over 100 people in the country.

With cases of the respiratory illness reported in all 50 states and the total number of known U.S. infections surging past 6,400, millions of Americans hunkered down at home instead of commuting to work or going to school.

New York City said it might order its 8.5 million residents to "shelter in place" at home, as cities escalated "social distancing" policies by closing schools, restaurants and theaters to curb the spread of the virus.

"It's a very, very difficult decision," New York Mayor Bill de Blasio said. "We've never been here before." The state's governor, Andrew Cuomo, told CNN he did not think it would work.

About 6.7 million people in the San Francisco Bay area have already been ordered to stay home for all but the most crucial outings until April 7. Eateries were shut down except for carry-out orders and deliveries, and bars were closed, but marijuana dispensaries were allowed to stay open as the drug was deemed an "essential medicine" by health authorities.

"It's like living in a 'Twilight Zone,'" said Rowan Oake, 36, during a jog through San Francisco's Presidio Park. "You can feel the anxiety in the air."

Kentucky and Illinois recorded their first coronavirus deaths, driving the nationwide toll to at least 108. Authorities said 22 people had been infected at a nursing home in suburban Chicago.

In Washington state, where 52 people have died, many at a suburban Seattle long-term care facility, Governor Jay Inslee signed legislation approving $200 million for homeless aid and other measures to fight the virus. California's governor signed off on $1 billion, and Georgia's governor approved $100 million.

Vice President Mike Pence said the White House may direct the U.S. military to establish field hospitals in virus hot zones if requested by state governors, or enlist the Army Corps of Engineers to add capacity to existing hospitals. New York, Washington state and California accounted for the bulk of confirmed cases of the highly contagious respiratory illness.

Roughly half of all Americans want the U.S. government to act more aggressively to slow transmission of the coronavirus, such as banning large public gatherings and shutting down all overseas flights, according to a Reuters/Ipsos poll released on Tuesday. President Donald Trump said progress was being made against the fast-spreading pathogen and predicted the U.S. economy would "come roaring back" when it slows.

"It's going to pop," said Trump, who is seeking re-election on Nov. 3. The Republican president's tone on the pandemic has changed sharply over the past few days. After initially playing down the threat and focusing on the stock market, his administration has begun pushing for urgent action to stem the disease's economic and human toll. The White House on Tuesday urged Americans to avoid groups larger than 10.

'GAG AND VOTE FOR IT'

The Trump administration is also considering a plan to send checks to individual Americans of $1,000 to help them weather the crisis, though details of the proposal remained unclear. High earners might not qualify for payments, which could be sent within the next two weeks, Treasury Secretary Steven Mnuchin said.

Senate Republican Leader Mitch McConnell said his chamber would this week pass a multibillion-dollar emergency spending bill cleared by the House of Representatives on Saturday, despite concerns from some Republicans. He said he told them to "gag and vote for it anyway." Mnuchin warned Republican senators privately that U.S. unemployment could hit 20% if Congress failed to act.

McConnell said the Senate would not leave town until it passes a follow-up package. The House bill would provide free coronavirus testing, establish paid sick leave for most workers and expand unemployment compensation.

U.S. stocks jumped on Tuesday, a day after their steepest declines since the 1987 crash, as the Federal Reserve took further steps to boost liquidity. The benchmark S&P 500 closed up 6%. Mnuchin said the government may shorten trading hours if necessary.

Trump said travel restrictions within the United States remained on the table. "You can do a national lockdown. Hopefully, we're not going to need that," Trump said. "It's a very big step."

He asked Americans to avoid traveling and urged them to "buy less" when they go to stores after nationwide reports of anxious shoppers emptying grocery store shelves.

It was St. Patrick's Day but the mood was sober after parades and parties celebrating the Irish heritage of many Americans were canceled around the country and bars were shuttered. Florida's governor said bars and nightclubs in his state would close for 30 days.

Primary election voters in Florida, Illinois and Arizona were met by gloved poll workers and hand sanitizer as they cast ballots on Tuesday in the state-by-state process of selecting a Democratic challenger to Trump in the November election. Ohio officials postponed that state's primary due to coronavirus fears hours before voting was to begin.

Coronavirus in India Live updates: PM Modi to address the nation on Thursday