What is Howdy Modi? Check timing, details of PM Modi-Donald Trump event in US

Howdy Modi event: The website mentions that the live audience will be the largest gathering for an invited foreign leader visiting the country, apart from the Pope. 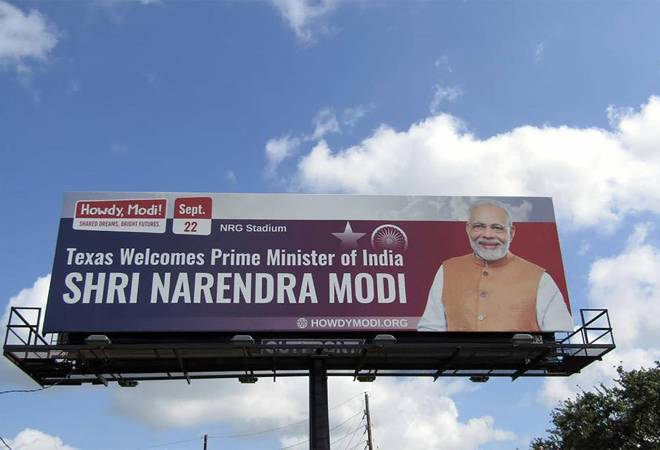 US President Donald Trump confirmed that he will be attending the mega 'Howdy Modi' event in Houston this week. The announcement made by White House has been hailed by PM Modi as a "special gesture" that underlies the US-India relationship. "A special gesture by POTUS, signifying the special friendship between India and USA! Delighted that President Donald Trump will join the community programme in Houston on the 22nd. Looking forward to joining the Indian origin community in welcoming him at the programme," said PM Modi on Monday.

In a statement on Sunday, White House Press Secretary Stephanie Grisham said, "It (Modi-Trump joint rally) will be a great opportunity to emphasise the strong ties between the people of the US and India, to reaffirm the strategic partnership between the world's oldest and largest democracies, and to discuss ways to deepen their energy and trade relationship."

For the uninitiated, here's all you need to know about the PM Modi-Donald Trump event this week:

What is Howdy Modi?

Howdy Modi is a community summit that has been organised by the Texas India Forum (TIF) for PM Modi. According to the events page, more than 50,000 attendees have registered for the event in three weeks. The event is all sold out. The website mentions that the live audience will be the largest gathering for an invited foreign leader visiting the country, apart from the Pope.

The event has been organised with the help of more than 1,000 volunteers.

'Howdy', short for 'How do you do?', is a friendly greeting commonly used in South Western US.

Where and when will Howdy Modi take place?

The Howdy Modi event will take place at the NRG Stadium in Houston, Texas. The event will start at 10:00 am on Sunday, September 22. Doors will open at 7:30 am and close at 10:00 am before the event starts.

What kind of programmes will take place at Howdy Modi?

Who will attend Howdy Modi?

Apart from PM Modi and President Donald Trump, Senior Democratic Congressman Steny Hoyer would also be present at the event. Over 60 prominent US lawmakers have confirmed to attend Howdy Modi mega community event.