Lok Sabha Elections 2019: What made the 2019 manifesto stand out was its cover. The new cover perhaps indicates a marked change in the functioning of the party. 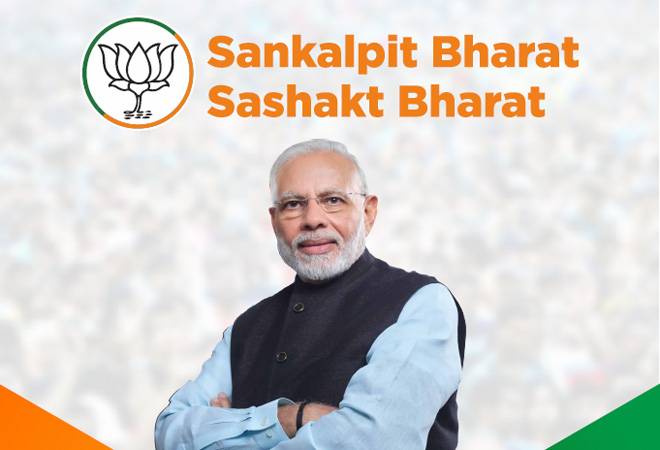 The Bharatiya Janata Party released its manifesto for the upcoming Lok Sabha Elections 2019 on April 8. At the manifesto release event, the stalwarts of the party took to the stage to speak at length about BJP's accomplishments in the past five years. They also announced a host of schemes, reforms and promises for the next five years. Some of the issues like Ram Mandir in Ayodhya have been borrowed from their earlier manifesto in 2014. While even the 2014 manifesto spoke about a host of policies and reforms, what made the 2019 manifesto stand out was its cover. The new cover perhaps indicates a marked change in the functioning of the party.

In its 2014 manifesto cover, the then Prime Ministerial candidate is seen along with other key party leaders and veterans. On the left side of the saffron cover, one can see BJP veterans Atal Bihari Vajpayee, LK Advani, Rajnath Singh and Murli Manohar Joshi. At the centre of the cover, one can see Narendra Modi, flanked by key party leaders like Sushma Swaraj, Raman Singh, Manohar Parrikar, Arun Jaitley, Shivraj Singh Chouhan and Vasundhara Raje. 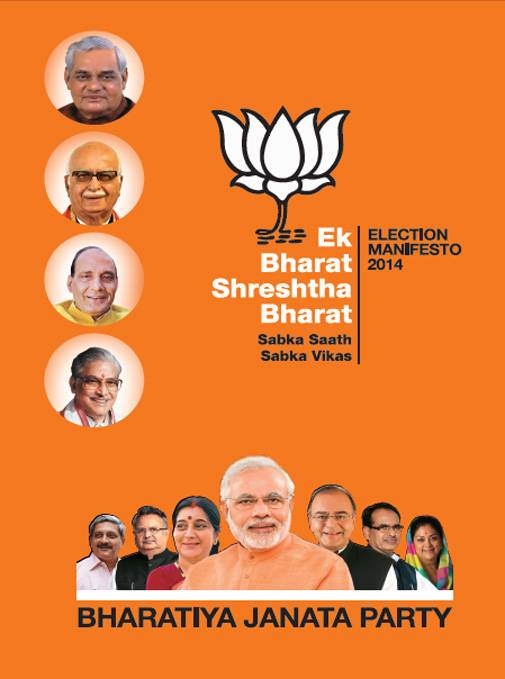 Cut to the 2019 manifesto, one can see that there is only the Prime Minister's image on the front page. Additionally, no other party leader's image make it to the manifesto. There is an image of party chief Amit Shah on the President's Note and Rajnath Singh's image on the Sankalp Patra Note.

There are multiple images of the Prime Minister along with quotes by him throughout the manifesto.

Also read: BJP manifesto: 60,000 kilometres of highways to be built in 5 years

Also read: BJP manifesto: Number of airports in India to be doubled, high-speed train connectivity to be expanded