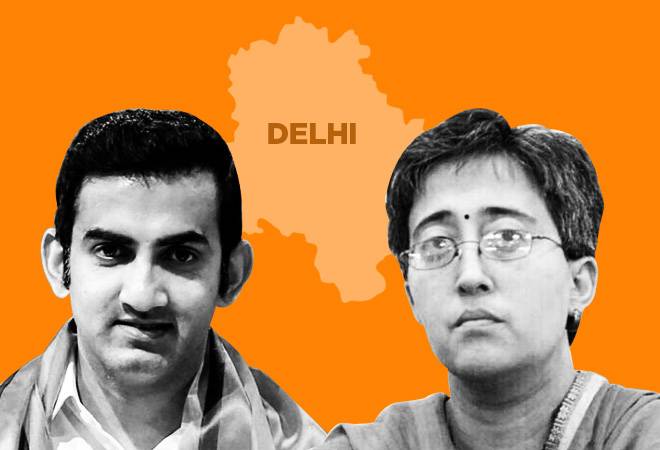 BJP' candidate in East Delhi Gautam Gambhir has an edge over his AAP counterpart Atishi Marlena in the Lok Sabha polls, as per early trends. The former cricket star will open the account in style as a politician if he wins the seat. In the last Lok Sabha Elections in 2014, AAP had fielded Rajmohan Gandhi as its candidate for the constituency who was defeated by the BJP's candidate Maheish Girri who got 5,72,202 votes.

BJP's Lal Bihari Tiwari has had a strong foothold in the East Delhi constituency since 1997 followed by INC's Sandeep Dikshit who was elected as the Member of Parliament (MP) consecutively in the 2004 and 2009 Lok Sabha Polls. BJP however, managed to make a strong comeback in the 2014 Lok Sabha Polls when it fielded Maheish Girri as its candidate.

The East Delhi Lok Sabha constituency has a total of 10 Assembly segments and nine of them were won by the AAP in 2015 Assembly polls.

Elections on all the seven seats in the national capital region were held on May 12 in the sixth phase.