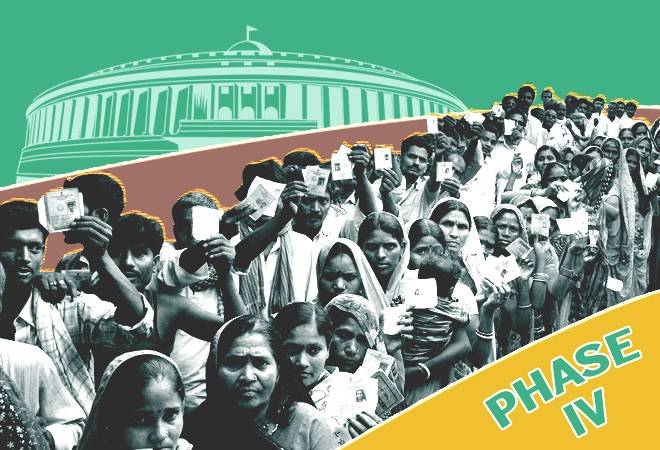 Lok Sabha Election 2019 Phase 4: The state of Rajasthan is voting today. Polling is being done for 13 seats in the state in this phase out of a total 25 parliamentary seats. Voting for the rest 12 seats will be done in the 5th phase in the state on May 6.

In Jodhpur, the key contestants in the fray are Bharatiya Janata Party's (BJP) Gajendra Singh Shekhawat who will fight against Vaibhav Gehlot, son of Rajasthan Chief Minister Ashok Gehlot, belonging to Congress party. BJP's Shekhawat had beaten Chandresh Kumari of Congress by a margin of over four lakh votes in 2014 Lok Sabha elections.

Congress had outperformed BJP in the recently held Assembly polls in 2018 in Rajasthan. The party won 99 seats and made chose Ashok Gehlot as the Chief Minister of the state.

In the Lok Sabha constituency of Tonk-Sawai Madhopur, Sukhbir Singh Jaunapuria of BJP who also is a sitting MP from the constituency will fight against Namo Narain Meena of Congress.

Rajasthan is a pivotal state in the Lok Sabha Election 2019 as Congress had wrested it from BJP in the Assembly elections of December 2018. While Congress is hoping to repeat its win this time too, the BJP which had won all the 25 seats in 2014 is expecting to sweep Rajasthan in these elections as well.

It would be interesting to see if the BJP can reverse the 2018 election losses in the state of Rajasthan.