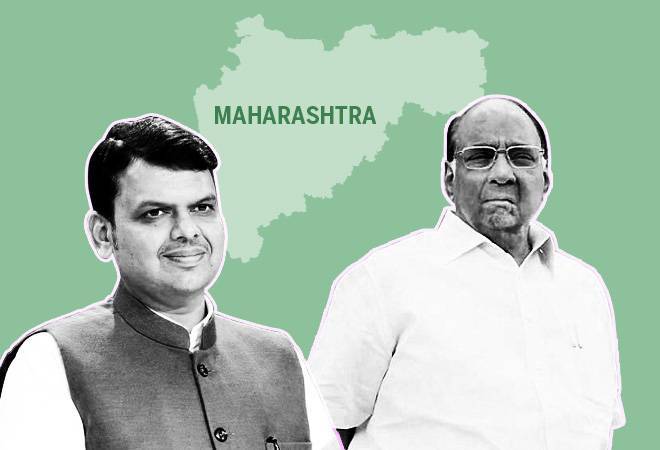 The BJP-Shiv Sena have taken an early lead in Maharashtra

The Bharatiya Janata Party (BJP) and its partner Shiv Sena have taken an early lead in Maharashtra. The BJP-Shiv Sena is set to dish out an encore of their overwhelming victory from the previous General Elections in Maharashtra.

Several notable names from the politically crucial state of Maharashtra contested in the recently concluded General Elections. One of the most significant seats in the state is Nagpur where Union Minister Nitin Gadkari is leading against the Congress' Nana Patole. The Congress candidate Ashok Chavan is trailing behind Prataprao Patil of BJP in Nanded constituency.

Sharad Pawar, a pivotal figure in Maharashtra politics, did not contest in the 2019 Lok Sabha election, but his daughter, Supriya Sule is contending from the Baramati Lok Sabha seat. The sitting MP Supriya Sule is trailing behind BJP candidate Kanchan Kul.

According to the India Today Axis My India exit poll, the alliance is set to win 38-42 Lok Sabha seats in the state. On the other hand, Congress and allies are expected to barely make a dent with 6-10 seats going to them.

Maharashtra sends 48 MPs, the second-highest after Uttar Pradesh, to Lok Sabha. The electorate across the state exercised their right to vote over four phases during the recently concluded 2019 Lok Sabha elections between April 11 and April 29.