Gold prices scaled a fresh six-year high on Monday, as the latest tit-for-tat tariffs by the United States and China in their year-long trade war battered global equities and boosted demand for safe-haven assets. 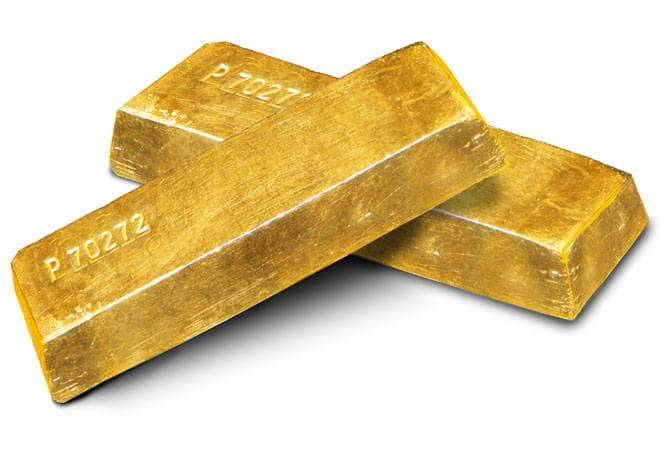 Gold prices scaled a fresh six-year high on Monday, as the latest tit-for-tat tariffs by the United States and China in their year-long trade war battered global equities and boosted demand for safe-haven assets.

Equity markets plunged in response, with the U.S. stocks plunging on Friday, and the Asian ones following on Monday.

Traders were also tracking the Group of Seven summit, where Trump indicated he may have had second thoughts on the tariffs.

Later, the White House clarified that Trump wished he had raised tariffs on Chinese goods even higher last week.

Gold retraced some of the earlier gains as traders locked in gains.

"What we are seeing right now is a bit of profit taking coming in, but that doesn't change the overall sentiment for gold," said OANDA analyst Jeffrey Halley.

Meanwhile, in a possible softening, Chinese Vice Premier Liu He said on Monday that China opposes the escalation of the trade conflict, a state-backed newspaper reported.

On Friday, Fed Chair Powell said the U.S. central bank will "act as appropriate" to keep the economy healthy, although he stopped short of committing to rapid-fire rate cuts.

The markets are fully priced for a quarter-point cut in rates next month, and over 100 basis points of easing by the end of next year.

Yields on 10-year Treasury notes dived from a top of 1.66% on Friday, leaving them almost matching two-year yields.

The drop in yields caused the dollar index, which measures the greenback's value against a basket of six major currencies, to slide 0.5% on Friday, and was hovering close to that level.

Hedge funds and money managers increased their bullish stance in COMEX gold in the week to Aug. 20, the U.S. Commodity Futures Trading Commission said on Friday.