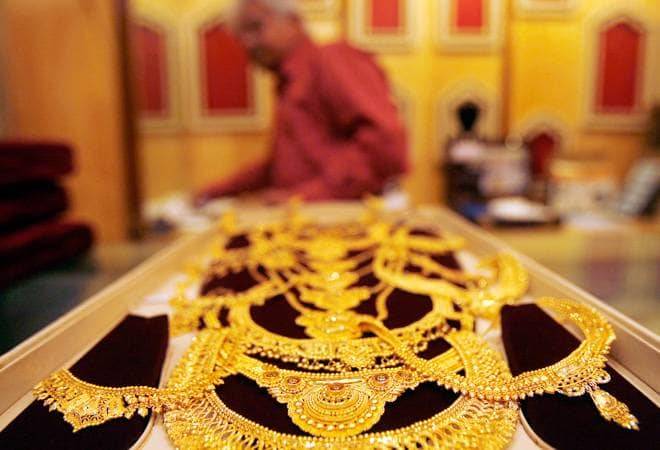 Gold was up 5% in January 2020, due to concerns over global slowdown.

Gold in the international market has seen strong buying interest amid the global spread of coronavirus. With the popular tag of the safe-haven asset, the possibility of gold price hitting Rs 50,000 in the domestic market does not look remote, say experts.

The virus outbreak, which was expected to be a one-quarter affair for China's economy to get back to normal has now reached almost 86 countries, infecting more than 95,000 people, disrupting supply chains and affecting global growth output in real terms.

Bought for its safe-haven shield in an environment of global uncertainty, spot gold has risen by almost 8.13% internationally since January 2020, while MCX gold gained 11% in the domestic markets. Last year, while spot gold climbed 18% on the international front, MCX gold futures gained over 24%.

Jimeet Modi, Founder & CEO, SAMCO Securities & StockNote said, "Gold, the safest class of asset, is on the journey of making new highs. This possibly imparts that global investors have taken a backseat to try hands in such a volatile market."

Despite some correction in price in domestic as well as global commodity markets, research firms have kept gold's price outlook bullish and suggest that rally is now approaching testing uptrend resistance. Experts suggest the gold trend will further depend on the current geometric rise of infection cases indicating signs of slowing before the end of this month.

US Fed's emergency rate cut announced on Tuesday has boosted the bullion. The last time the Federal Reserve announced a 50-basis-point cut was back in 2008, which had pushed the precious metal 16% over the year.

With central banks around the world stepping back to easing mode, investors worldwide have realised the amplifying impact of the virus in global growth. A possible breach of $2,000 in the near term is possible, suggest commodity experts.

Speaking on gold's future trend, Khan suggested that news-driven on speculation of the rate of spread and hope of a cure to curb the epidemic will be a major lookout for investors.

Another factor to be considered from the near-term perspective is the currency. Weak Indian rupee (INR) is another constraint quite significant to gold buyers in India as the currency weakness lifts the landed cost of the commodity. Currencies on a global level are continuing their negative streak amid the coronavirus impact in the global supply chain.

The rupee has depreciated drastically since the spread of Covid-19 and may soon test Rs 74.50 per dollar in the near term, Karan Shah further said. "On a larger term, with an extreme case of the rupee further depreciating to Rs 76.5 per dollar, a further up move to Rs 50,000 per 10 grams of Gold could also be possible."

With gold being the best investment during geopolitical uncertainties, central bankers are also starting to add gold to their reserves. As per the World Gold Council's February 2020 data, RBI also started buying gold after a long gap. India' central bank has 633.1 tonnes of gold as holdings, which is 6.8% of the share held in gold in total foreign reserves. India ranks as the 10th largest gold reserve holder in the world.

SMC said in its report that share of gold in the total foreign exchange reserves increased marginally from about 5.59% as at end-March 2019 to about 6.8% as at end-January 2020.

The feeble global economic outlook and other geopolitical tensions also boosted Gold's demand. Global markets will further await cues from the US presidential polls towards the end of 2020.

Hareesh V, Head of Commodity, at Geojit Financial Services expects buying momentum to continue with stiff resistance at $1,660 followed by $1,700, as long as spot gold prices stay above $1,560. A close below $1,545 is required to negate the bullish outlook and take prices lower. "As coronavirus is now spreading faster outside China and US Fed's emergency rate cut roiled financial markets, the demand for safe assets like gold will increase," he further added.

Sugandha Sachdeva VP-Metals, Energy & Currency Research said," The precious metal has formed strong support in the vicinity of Rs 39,900 per 10gms and since then the uphill voyage has been pretty quick. A move past the crucial hurdle of Rs 43,800 per gms mark would lead to another leg up towards higher levels of Rs 44,500-44,700 per 10gms from a medium term perspective."

"That said, mounting fears about coronavirus, the slowdown in global growth and monetary easing by major central banks would keep the yellow metal in flavour for a sustained period, where it is poised to test even higher targets of close to Rs 50,000 per 10gms from a long term perspective," she added further.

Rupee down 5 paise to 73.44 per dollar amid rising crude price, foreign fund outflows