Bharti Airtel, Vodafone Idea shares rally up to 6%; here's why 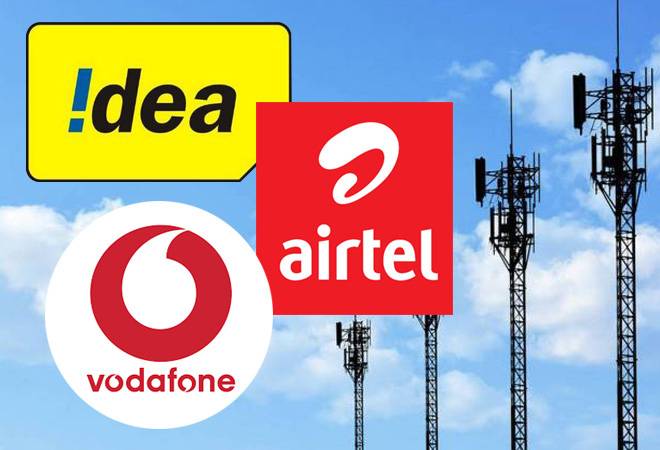 The stocks of telecom stocks were in upbeat mood on Monday, with Bharti Airtel and Vodafone Idea share price rising as much as 6 per cent in intraday trade on the Bombay Stock Exchange (BSE). The rally in stocks was attributed to reports that both the companies had filed applications in the Supreme Court for a review of its judgment on Adjusted Gross Revenue (AGR).

Brokerages have maintained 'buy' rating on Bharti Airtel stock after the telco reported strong operating performance in September quarter despite record quarterly loss. Global brokerage UBS maintained 'Buy' call on Airtel with a target price of Rs 415 per share. Among others, Emkay Global Financial Services and Sharekhan have retained 'Buy' rating with a 12-month target price of Rs 432 per share and Rs 440, respectively.

In a similar trend, Vodafone Idea share price soared 6.55 per cent to touch a day's high of Rs 6.99 against previous close level of Rs 6.56. Earlier today, the stock opened lower at Rs 6.32 and touched an intraday low of Rs 6.16.

On Friday, Bharti Airtel filed a review petition in the Supreme Court for the waiver of interest fee and penalty in the Adjusted Gross Revenue (AGR) case, which put a burden of Rs 35,586 crore on the company.

On October 24, 2019, the Supreme Court upheld the Department of Telecommunications' (DoT) demand that non-telecom revenues should be part of the AGR. As a result, Airtel has to pay Rs 35,586 crore to the government, of which Rs 21,682 crore is licence fee and another Rs 13,904 crore is the spectrum usage charges (not including the dues of Telenor and Tata Teleservices).

Vodafone Idea has an estimated a total liability of Rs 53,038 crore, which include Rs 28,309 crore in licence fee and Rs 24,730 crore in spectrum usage charges.

Last week, both Bharti Airtel and Vodafone Idea announced they would hike mobile call and data tariffs from December 1. The telecom operators, however, did not disclose any details about the same.