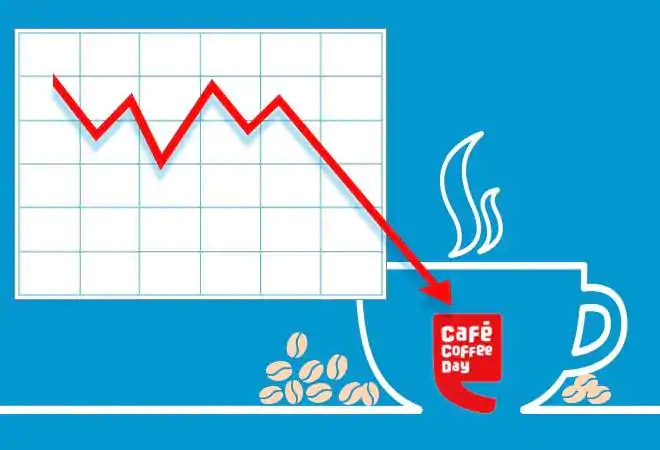 Coffee Day Enterprises share price has plummeted 59.73% amid reports founder VG Siddhartha went missing on the evening of July 29. Siddhartha's body was recovered from Netravathi river on morning of July 31. The stock hit a historic low of 77.20 after it was locked in lower circuit of 4.98% on BSE today. Coffee Day Enterprises share price has fallen 22.37% this week.

Investors of Coffee Day Enterprises, the holding company of cafe chain Cafe Coffee Day have lost Rs 2,437.29 crore in market wealth since Tuesday. The market capitalisation of the firm currently stands at Rs 1630.86 crore compared to Rs 4,067.65 crore on July 29.