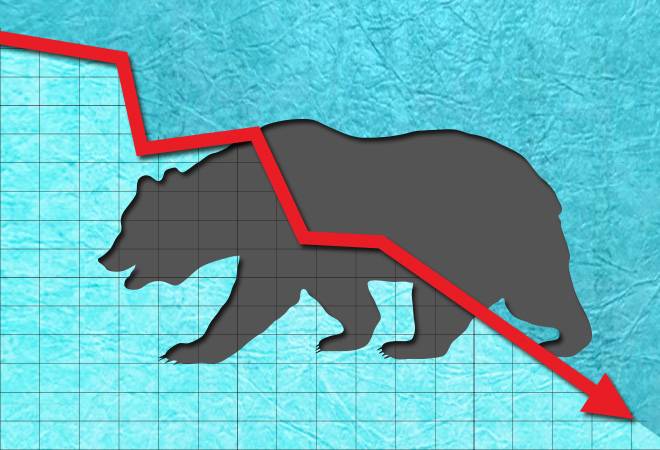 HDFC Asset Management Company stock has been losing for the last two days and has fallen -5.01% in the period.

HDFC Asset Management Company share price fell in early trade today after the company said it has has decided to provide liquidity to certain fixed  maturity plan (FMP) schemes of HDFC Mutual Fund to deal with the illiquidity faced by such schemes due to their exposure to the non-convertible debentures (NCDs) issued by firms promoted by Essel Group.

HDFC Asset Management Company stock has been losing for the last two days and has fallen 5.01% in the period.

The stock has risen 21.87% since the beginning of this year.

Romesh Tiwari, Head of Research at CapitalAim said, "HDFC AMC share price was affected by the decision to buy ESSEL group securities from its schemes. This decision is a calculated risk to take a short-term loss and uncertainty to gain mutual fund investor's trust. Traders should not take any fresh position on the basis of this fall in stock price. Upside on the stock looks limited for short term and resistance will show at around 1950 levels. On the downside, share can slide up to 1720 levels in short term. Valuation wise it does not look cheap at current levels."

These FMP schemes have exposure to NCDs issued by Edisons Infrapower & Multiventures Private Limited and Sprit Infrapower & Multiventures Private Limited, companies promoted by the Essel group. HDFC Asset Management Company in a statement said this liquidity arrangement shall only apply in case of FMP Schemes which have either already matured in April, 2019 and/ or will mature till the standstill arrangement entered into by the company with Essel Group Companies is in force.

Umesh Mehta, Head of Research at SAMCO Securities said, "HDFC AMC fell over 6% intraday as it offered exit to some investors of FMPs by transferring their Rs 500 cr exposure on to its books. This was a sentimentally bold move by HDFC AMC as investors were worried about their investments in amid liquidity crisis. However, investors should be aware that this is a one-off deal inked with Essel and there is always an implied risk with investments where the fund cannot always be the white-knight. However, HDFC AMC has taken a big risk as they have set a trend of assuming credit risks which could turn out to be dangerous in the long term, as this will set expectations for such bailouts in the future which is bad for the investors of HDFC AMC. Whether this event becomes a trendsetter for others too, only time will tell but the debt implosion situation is spreading like wild fire. Investors can take this as a red signal in listed AMC businesses for the moment but later after a decent correction can consider investing."

The liquidity arrangement may involve an aggregate outlay not exceeding Rs 500 crore and will be put in place shortly, HDFC AMC said.

Jaikishan Parmar, Equity Analyst - BFSI at Angel Broking said, "In a surprise move, HDFC AMC announced that the asset management company would underwrite the risk of losses made on FMPs up to April 2019 and also for those whose FMPs matured before the standstill agreement was signed with the Essel Group. It may be recollected that earlier in April this year, a few Indian mutual funds had delayed redemption of FMPs due to a large exposure to Edison Power (a company belonging to the Essel Group).

The promoters of the Essel Group had offered shares of their listed group companies as collateral against such loans. After SEBI had demanded an explanation from the AMCs that had frozen redemption, HDFC Mutual Fund took the initiative of covering risk to the tune of Rs 500 crore of FMP investors. HDFC AMC (a listed stock) fell nearly 6.7% on Tuesday in reaction to this news.

The logic for the fall was that this cost would hit the bottomline of HDFC AMC, which is already stretched due to falling expense ratios. In the short run, this cost may impose a burden on the AMC, but in the medium to long run, this should be beneficial to the HDFC group. In the financial business (especially in the current scenario), trust and customer confidence matters a lot and that is one of the major advantages that the HDFC group enjoys today. It is a prudent move that you don't allow your group brand and reputation to get impacted b such one-off events. This move should be intuitively positive for the stock and also for the group."

Fixed Maturity Plans are close-ended debt funds in which investments can be made only during the time of a new fund offer.

They have a fixed maturity period and invest across debt instruments like highly rated securities and corporate bonds.