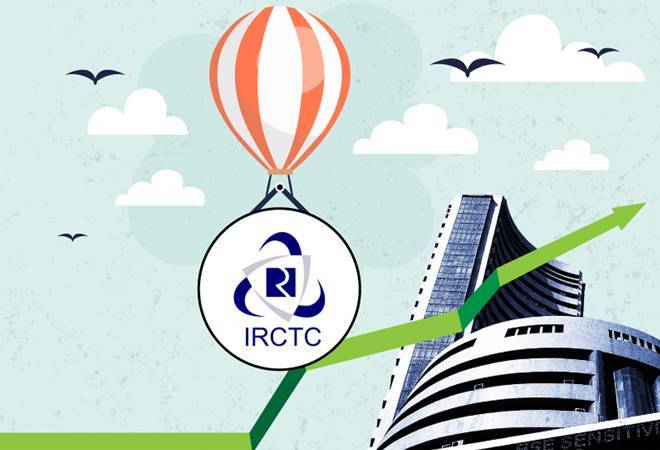 IRCTC share price rose in early trade today after the state-owned firm said ministry of Railways has revised the tariff of standard meals on static units in railway stations. IRCTC stock price rose up to 4.09% to Rs 899.90 compared to the  previous close of Rs 864.50 on BSE. It hit an intra day low of Rs 875.80.

Ministry of Railways vide its Commercial Circular and Letter dated December 12, 2019, has revised the tariff of standard meals on static units over Indian Railways, IRCTC said in a filing to BSE.

IRCTC, the ticketing arm of the Indian Railways, reported a 14 per cent year-on-year (YoY) rise in net profit at Rs 172.16 crore for the half-year period ended September 30, 2019, helped by sharp rise in revenue from e-ticketing segment.

This was the first earnings announcement by IRCTC after its listing on Indian bourses on October 14, 2019. Net profit from continuing operations stood at Rs 151 crore in the April-September period of the previous fiscal (H1 FY19). The Miniratna company said that the management has prepared financial results for 6 month ended September 30, 2019, in the absence of any past practice of quarterly closing of the financial accounts.

IRCTC's net revenue from operations grew 3.77 per cent to Rs 972.61 crore as against Rs 937.25 crore in the first half of the last fiscal. The subsidiary of Indian Railway made its market debut on October 14 this year with IRCTC share listing at Rs 644 on BSE and Rs 626 on NSE against the issue price of Rs 320 Against the listing price of Rs 644, IRCTC stock made an intraday high of Rs 743.80 on both the bourses, with 15.50% intraday gain clocked on BSE, and 18.80% hike against the listing price on NSE. IRCTC stock has risen 39.59% above its listing price till date.

On NSE, the stock has given 43.61 percent compared to its listing price of Rs 626. IRCTC share listing has become a dream come true for investors of the PSU initial public offer (IPO). Those who were allotted the stock on October 9 and October 10 have clocked gain of 180% on NSE and BSE. The stock has witnessed huge investor interest since it was listed on bourses.

IRCTC initial public offer (IPO) which was open for subscription between September 30 and October 3, saw bids of nearly 112 times on the last day of the initial public offer. The issue involved the sale of 2.01 crore equity shares of the face value of Rs 10 each in a price band of Rs 315 to Rs 320. The IPO received bids for 225.39 crore shares compared to the issue size of 2.01 crore shares.

The attractiveness of the firm's business can be gauged from the fact that IRCTC enjoys monopoly across its area of operations and is backed by the government. IRCTC is engaged in internet ticketing, catering, packaged drinking water and travel and tourism. IRCTC has also diversified into other businesses, including non-railway catering and services such as e-catering, executive lounges and budget hotels.