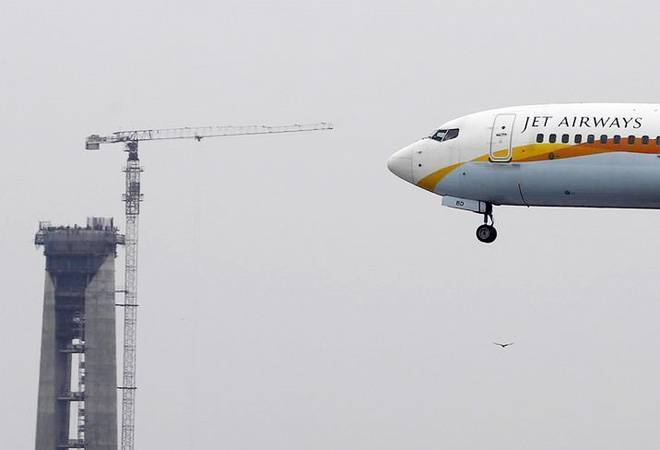 The Jet Airways share price was trading below its 50-day and 200-day moving average of 246.23 and 252.85 levels, respectively. In February, as many as 13 planes of Jet have been grounded on account of non-payment of rentals to lessors.

Jet Airways share price has lost 70.43% during the last one year and fallen 21% since the beginning of this year. The Jet Airways share price was trading below its 50-day and 200-day moving average of 246.23 and 252.85 levels, respectively. In February, as many as 13 planes of Jet have been grounded on account of non-payment of rentals to lessors.

In a filing to the stock exchanges, the full-service airline said, "An additional seven aircraft have been grounded due to non-payment of amounts outstanding to lessors under their respective lease agreements".

The carrier is actively engaged with all its aircraft lessors and regularly provides them with updates on the efforts undertaken to improve its liquidity, the filing said.

Jet Airways pilots to go on a black band protest, not work beyond shift hours from March 1

Faced with acute financial woes, the airline is looking to restructure its debt as well as raise funds. On February 23, the airline said an additional two planes have been grounded. This followed an announcement made to stock exchanges on February 7 that it has grounded four of its aircraft on account of non-payment of lease rentals.

Jet Airways also said it continues to provide required and periodic updates to the Directorate General of Civil Aviation (DGCA).

A consortium of banks, led by SBI, has extended loans to Jet Airways, which is looking to rejig debt and raise funds. Lenders can initiate proceedings under the Insolvency and Bankruptcy Code (IBC) to recover dues from debt-laden entities. The process can commence only after approval from NCLT.