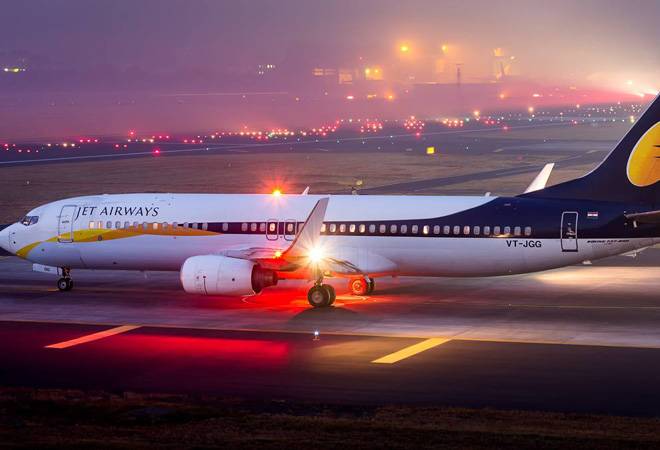 Jet Airways share price has lost 90% in last one year.

On NSE, the stock fell 5% to Rs 24.75. The stock has lost 90% in last one year and since the beginning of this year. The grounded carrier, which is undergoing the process of insolvency, is still listed on the stock exchanges.

The rise of the stock in last 11 trading sessions has surprised investors and analysts alike.

"The stock has been rising after the announcement on October 18 that firm shall be the first to undergo insolvency proceedings under the Cross Border Insolvency Protocol included under the Insolvency and Bankruptcy Code (IBC)," said Amit Gupta, Co-Founder and Chief Executive Officer (CEO), TradingBells.

"This could speed up the bankruptcy proceedings, thereby increasing the chances of bringing some quick relief to its shareholders. Those believing that the market has undervalued the debt-ridden company would continue to buy, pushing up the stock prices," Gupta added.

Jet Airways, which was admitted for insolvency on June 20, has been grounded for over six months now and the slots allotted to it have been re-allocated to other airlines. The creditors have filed Rs 30,907 crore worth claims in the airline. On April 17, the air carrier announced temporary suspension of all flight services as it failed to secure interim funding to maintain even the bare minimum operations.