Motherson Sumi Systems and Hero MotoCorp were down 2 per cent each, while Bajaj Auto, Cummins India, TVS Motor Company trading lower 1 per cent each on the Bombay Stock Exchange 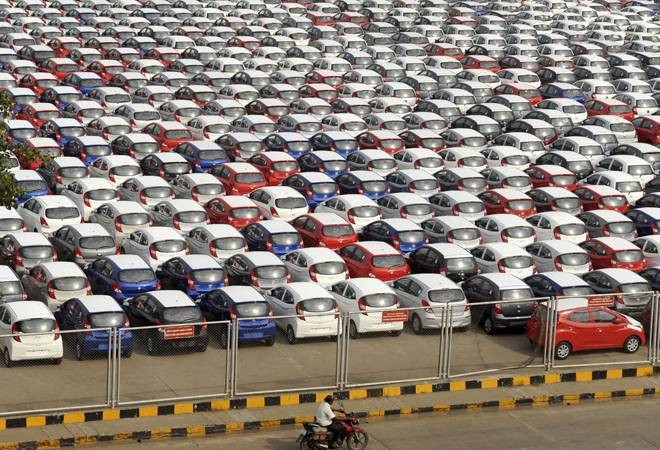 The investors remained wary over demand outlook of auto sector

Shares of auto companies were under pressure on Monday even after the government announced a slew of measures to improve investor sentiment and revive the automobile industry. Investors remained wary over the ongoing slump which is likely to persist due to the overall slowdown in the economy.

The BSE Auto index, which opened 2.5 per cent higher at 16,123.70, pared most of early gains in the final hours of the day's trade, led by decline in index heavyweights such as Hero MotoCorp, Bajaj Auto and TVS Motor Company. In the volatile trading session, the BSE Auto index declined as much as 0.2 per cent to touch an intra-day low of 15,472.05 against previous close level of 15,728.03.

By the time of reporting, the BSE Auto index was trading at 15763.01, up by 34.98 points or by 0.22 per cent. Motherson Sumi Systems and Hero MotoCorp were down 2 per cent each, while Bajaj Auto, Cummins India, TVS Motor Company trading lower 1 per cent each on the Bombay Stock Exchange (BSE).

In a bid to boost the auto sector, the Finance Minister Nirmala Sitharaman on August 23 announced a slew of measures including hiking depreciation benefit on all vehicles from 15 to 30 percent, deferring a proposed multi-fold increase in registration fee and reversing a five year old ban on government purchases to provide a boost to the domestic automobile industry, which has been battling an unprecedented and protracted slowdown in the domestic market.

The government deferred the revision of one-time registration fees till June 2020, which it had proposed last month.

"Revision of one time registration fees deferred till June 2020 - This according to us is a very important boost to the sector as this would have had a significant impact on demand in the short term. The costs would have gone significantly up," said Ashwin Patil, Senior Research Analyst, LKP Securities.

"Higher depreciation for all vehicles - Existing rate of 15 per cent raised by another 15 per cent, i.e. up to 30 per cent for vehicles purchased up to March 2020. This will give a big boost mainly to the commercial vehicle (CV) industry considering the extreme stress on the manufacturers, dealers, buyers and the entire value chain of CVs. This would enable a good saving on the taxation front as well for them."

In addition, the government has also started work on a vehicle scrappage policy, a long standing demand of the industry, but could not announce the exact scheme due to lack of scrapping infrastructure in the country.

"The government is mulling seriously over scrappage policy and may shortly come up with something on it. Positive for CV industry. BS IV vehicles can be purchased till 31st March 2020 and to remain operational for entire period of registration. Again a positive for the entire sector," Patil added.