Paring early losses, Zee Entertainment shares rebounded strongly in afternoon trade to touch Rs 247.40, up 4.48 per cent, on the BSE after Punit Goenka said that the company planned to repay their remaining debt in the next three months 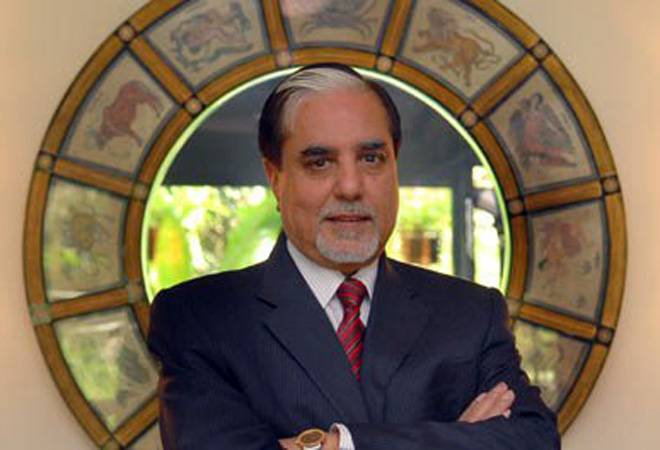 Shares of Subhash Chandra-led Zee Entertainment Enterprises Ltd (ZEEL) tumbled nearly 14 per cent in intraday trade to hit over six-year low of Rs 203.70 on the Bombay Stock Exchange (BSE) after the debt-laden company said that more than 90 per cent of its promoters' stake was pledged with financial institutions.

In an investor call on Saturday, ZEE Managing Director and Chief Executive Officer Punit Goenka said that over 90 per cent of the promoters' 22 per cent shareholding in the company is pledged with financial institutions.

The stock of Essel Group-owned mass media company has plunged nearly 19 per cent in the last two trading session, 45 per cent during last one year and fallen 50 per cent since the beginning of this year.

Of late, the investor remained bearish on the stock as the company faces difficulty in meeting the financial requirements. The brokerage said the sale of pledged shares and fear of more to come, along with uncertainty on the future of business have hit the stock in the last 12 months.

Extending its previous session losses, ZEEL share price declined as much as 13.96 per cent to hit record low of Rs 203.70, after opening sharply lower at Rs 213.15 against the previous close level of Rs 236.80.

Paring early losses, the scrip rebounded strongly in afternoon trade to touch Rs 247.40, up 4.48 per cent, on the BSE after Punit Goenka said that the company planned to repay their remaining debt in the next three months - ahead of staggering deadlines running into 2021, reported the Economic Times.

The promoters of the Essel Group, which owns ZEE, have a debt of Rs 7,000 crore. In the meantime, the Subhash Chandra-led Essel Group has been selling assets to meet debt obligations. The Group reportedly paid its lenders Rs 4,450 crore recently, following the ZEE's stake sale to Invesco Oppenheimer Developing Markets Fund and divestment of 205 MW solar assets. "In January 2019, the total loan against shares and other securities was about Rs 13,500 crore," said Goenka, adding that debt currently stands at Rs 7,000 crore. He also told the daily that the promoters are open to selling 10-11 per cent stake to strategic investors. ZEE now has a market value of about Rs 22,750 crore.

To repay the debt, the promoters sold its 11 per cent stake to Invesco Oppenheimer Developing Markets Fund for Rs 4,224 crore in August this year. The fund already had an 8 per cent stake in Zee that took its total holding up to 19 per cent.

Several brokerages have cut its target price on the stock amid persistent concern over the promoter's debt issue. Presently, 19 brokerages have maintained a 'buy' rating on the stock, 10 with 'hold' recommendations and three 'sell' calls, according to Bloomberg report.