Global markets today: U.S. stock futures plunged 4.8% to hit their downlimit before daybreak in Singapore. Dollar sank more than 2% against the yen 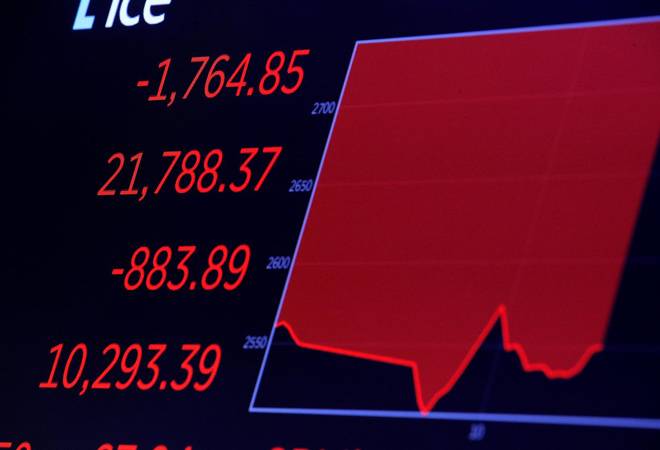 U.S. Federal Reserve cut interest rates by 100 basis points on Sunday to a target range of 0% to 0.25%. It said it would expand its balance sheet by at least $700 billion in coming weeks

Stocks were slammed on Monday and the dollar battered after emergency rate cuts in the United States and New Zealand, and a raft of steps by policymakers worldwide failed to stem the rout in markets spooked by the broadening fallout of the coronavirus.

U.S. stock futures plunged 4.8% to hit their downlimit before daybreak in Singapore. The dollar sank more than 2% against the yen. Australia's benchmark stock index fell 7% in the first quarter-hour of trade before paring some of the losses. U.S. crude fell 5% to under $30 per barrel.

New Zealand shares were down 3%. Japan's Nikkei was up 0.1% after a more than 6% decline on Friday to the lowest since late 2016. South Korea's KOSPI was a shade weaker. That left MSCI's index of Asia-Pacific shares outside Japan off 0.5% to a level not seen since early 2017. The U.S. Federal Reserve cut interest rates by 100 basis points on Sunday to a target range of 0% to 0.25%. It said it would expand its balance sheet by at least $700 billion in coming weeks.

"It may be a shot in the arm for risk assets and help to address liquidity concerns...however, it also raises the question of whether the Fed has anything left in the tank should the spread of the virus not be contained," said Kerry Craig, global market Strategist at J.P. Morgan Asset Management. "We really need to see the fiscal side...to prevent a longer than needed economic slowdown." New Zealand's central bank also slashed interest rates by 75 basis points, sinking the country's currency, as it prepared for a "significant" hit to the economy. U.S. Treasuries futures jumped more than a full point.

E-mini futures for the S&P 500 index dropped 4.77% to their daily trading limit outside the United States. Lockdowns and travel bans spread across the globe over the weekend, affecting tens of millions of people. "(The Fed) must really be scared. To do that in one fell swoop is really quite shocking," said Robert Pavlik, chief investment strategist at Slatestone Wealth LLC in New York.

"They pulled out whatever weapons they had and my sense is I think it may help initially but I don't think it goes much further because this is still a developing issue. They used up basically all their ammunition and we're down to sticks and stones." Five other central banks also cut pricing on their swap lines to make it easier to provide dollars to their financial institutions facing stress in credit markets.

The swap lines were set up by the Fed, the Bank of Canada, European Central Bank, Bank of England, Bank of Japan and Swiss National Bank during the financial crisis. They also agreed to offer three-month credit in U.S. dollars on a regular basis and at a rate cheaper than usual. The move was designed to bring down the price banks and companies pay to access U.S. dollars, which has surged in recent weeks as the pandemic spooked investors.

"Beyond just a tightening of financial conditions, the risk is these moves worsen a real economy already struggling with the onset of COVID-19," she added. In currency markets, the dollar was last down 0.9% on the Japanese yen at 106.86, having fallen 1.7% earlier in the day. The euro climbed 0.1% to $1.1119.